Valerie Prince Slated as Candidate for President-Elect of APhA 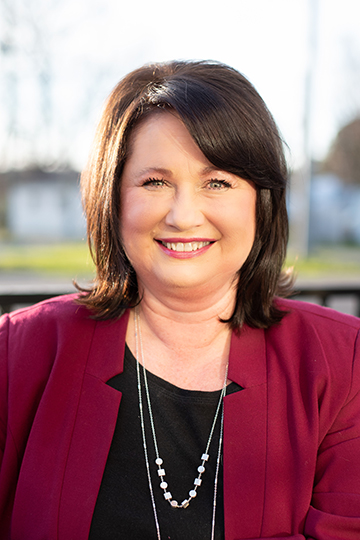 Valerie Prince, professor in Samford University’s McWhorter School of Pharmacy, is seeking election as president of the American Pharmacists Association (APhA) for the 2021-22 term. Founded in 1852, APhA is the oldest and largest pharmacy organization in the United States.

Along with her faculty position, Prince is a clinical pharmacy specialist at St. Vincent's East Family Medicine Residency Program. At her practice site, she is able to mentor resident physicians as well as student and resident pharmacists while working on interprofessional practice and education in a larger scope.

Prince is a graduate of Mercer University, and she completed a pharmacy residency at Regional Medical Center at Memphis after earning her Doctor of Pharmacy. She enjoys practicing in acute care, ambulatory, independent, chain, and long-term care pharmacies. Her primary areas of interest include mentoring, interprofessional practice and education, and substance use disorders.

Prince has been involved with APhA at the national level for nearly two decades, serving in a number of positions including president of APhA-APPM and speaker of the APhA House of Delegates. She currently serves as the chair of the APhA-HOD Rules Review Committee.

Prince has been the recipient of the Tice Friend of APhA-ASP Award, APPM Distinguished Achievement in Clinical Practice Award, and APA Distinguished Service Award. In addition, she is an APhA Fellow.

Members of APhA can cast their vote electronically at pharmacist.com/apha-elections. To access the ballot, members will be required to use an individualized access code that was emailed to them on March 23. Voting is open now, and it closes at noon on May 11, 2020.