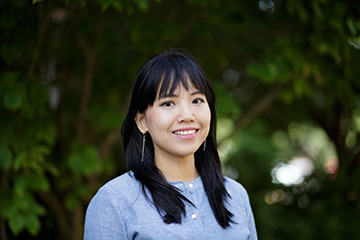 First line medications are the recommended drugs for a clinician’s first choice when treating a patient for a particular condition. A drug, or a group of drugs, is given this classification because research has shown it is most effective and has the least likelihood of causing side effects. But in some situations, there can be more than one first line medication option. This is the case for treating critical care patients under mechanical ventilation due to respiratory failure.

Mechanical ventilation is used to help a patient breathe when they are unable to do so, and it requires a patient to be sedated, primarily for his or her own comfort. In sedating a patient, the medical team has two first line medication options: dexmedetomidine (also known by its brand name, Precedex™) or propofol (its brand name, Diprivan®).

But with two options, the question naturally arises: Can one be proven better than the other?

Concurrent with joining Samford University’s faculty in 2018 as an assistant professor in McWhorter School of Pharmacy, Lan Bui  took part in a clinical trial that sought to answer this exact question, specifically as it relates to known side effects of sedatives like delirium.

The MENDS 2 clinical trial was based out of Vanderbilt University, and after receiving funding from the National Institute of Health, it was able to expand into a multi-center trial. Houston Methodist Hospital in Houston, Texas was selected as a participating center, and Joshua T. Swan, a mentor of Bui’s, was tapped to lead the effort.

Swan and Bui had a long history of working together when she was a pharmacy student and then a first-year pharmacy resident, so when the clinical trial was set to begin, he contacted Bui about coming back to Houston Methodist Hospital as part of a clinical pharmacy fellowship in outcome research. Bui accepted, and through the fellowship, she assumed the role of study site coordinator for the clinical trial. For the year that followed, Bui was immersed in patient care research.

“I did many things for the study as it related to patients. I screened individuals who met the inclusion criteria, and once patients were identified, I would approach families to obtain their informed consent,” Bui said. “I would explain the clinical trial to them—not to persuade them but to have them truly understand the research’s risks and benefits. We were gathering information about whether one drug was better than the other; their participation would help us discover the answer.”

Throughout the trial, many families agreed to participate. Once a patient was enrolled, Bui worked with the patient’s medical team to execute the study’s protocol, working with the hospital’s investigational pharmacy and closely monitoring the patient for 14 days.

“What we looked for is if one of the medications was better than the other in protecting the patient from having delirium, which is an abrupt change in the level of consciousness and cognitive function,” Bui said. “We performed a test twice a day to measure a patient’s cognitive function, and with this data, we compared patients who were receiving dexmedetomidine verses propofol.”

The study evaluated patients’ incidents of delirium within 14 days of starting the medication, and measured outcomes as it related to the duration on mechanical ventilation, the rate of mortality after 90 days and cognitive function at six months.

The study’s protocol had a stated hypothesis; they expected dexmedetomidine would prove to be the better option, producing lower cases of delirium in patients on a mechanical ventilator with sepsis, a serious systemic infection. Dexmedetomidine is a newer drug, and previous smaller studies had shown promising information that it had anti-inflammatory properties, which could help patients achieve better cognitive function. But after years of research, the MENDS 2 trial data showed there was no clear winner.

“Interestingly, the study didn’t show a difference between dexmedetomidine and propofol,” Bui said. “From a treatment perspective, each drug has attractive characteristics, but when we looked at major clinical outcomes, it showed no difference between the two groups.”

Yet these results are far from inconclusive; instead, Bui says they send a strong message. “This study informs clinicians that it doesn’t matter whether they choose dexmedetomidine or propofol. Both can be given safely to the mechanically ventilated patients with sepsis who are receiving the current standard of care for light sedation treatment,” she said.

In February of this year, the results of the study were published in The New England Journal of Medicine with Bui as a co-author.

“I just love research, and I want to pass this passion along to my students,” she said. “In clinical research, you have the opportunity to see outcomes from a population standpoint. It’s one thing for a clinician to see how an individual reacts to a medication; it’s completely different to study how a group of patients react. I strongly encourage pharmacy students to become involved in research—as early as they can.”