Following a positive trend of recent years, the results of the pharmacy residency match, facilitated by the American Society of Health-Systems Pharmacists (ASHP), displayed strong numbers for students and graduates of Samford University’s McWhorter School of Pharmacy

A total of 43 students and graduates matched with a residency, including 33 fourth-year Doctor of Pharmacy students who matched with an ASHP-accredited postgraduate year one (PGY1) residency. In addition, 10 recent graduates secured an ASHP-accredited postgraduate year two (PGY2) residency. These results placed McWhorter School of Pharmacy in the top third of all schools of pharmacy in the country for the number of matches.

“Over the past five years, we have seen an increasing interest in pharmacy residencies by our students, and our faculty and staff work diligently to support those who apply and help them achieve their goals,” said Michael Crouch, dean of McWhorter School of Pharmacy. “We are incredibly proud of all 43 students and graduates who matched with a residency program this year.”

While Doctor of Pharmacy graduates are not required to complete a residency before they begin practice, pharmacy residencies are designed to provide additional pharmacy practice experience in a specific area of interest.

McWhorter School of Pharmacy students and graduates matched with PGY1 and PGY2 residencies in 13 states across the country with a diverse range of specialties, including pediatrics, community pharmacy, ambulatory care, infectious diseases, health system administration, oncology, organ transplant and more. 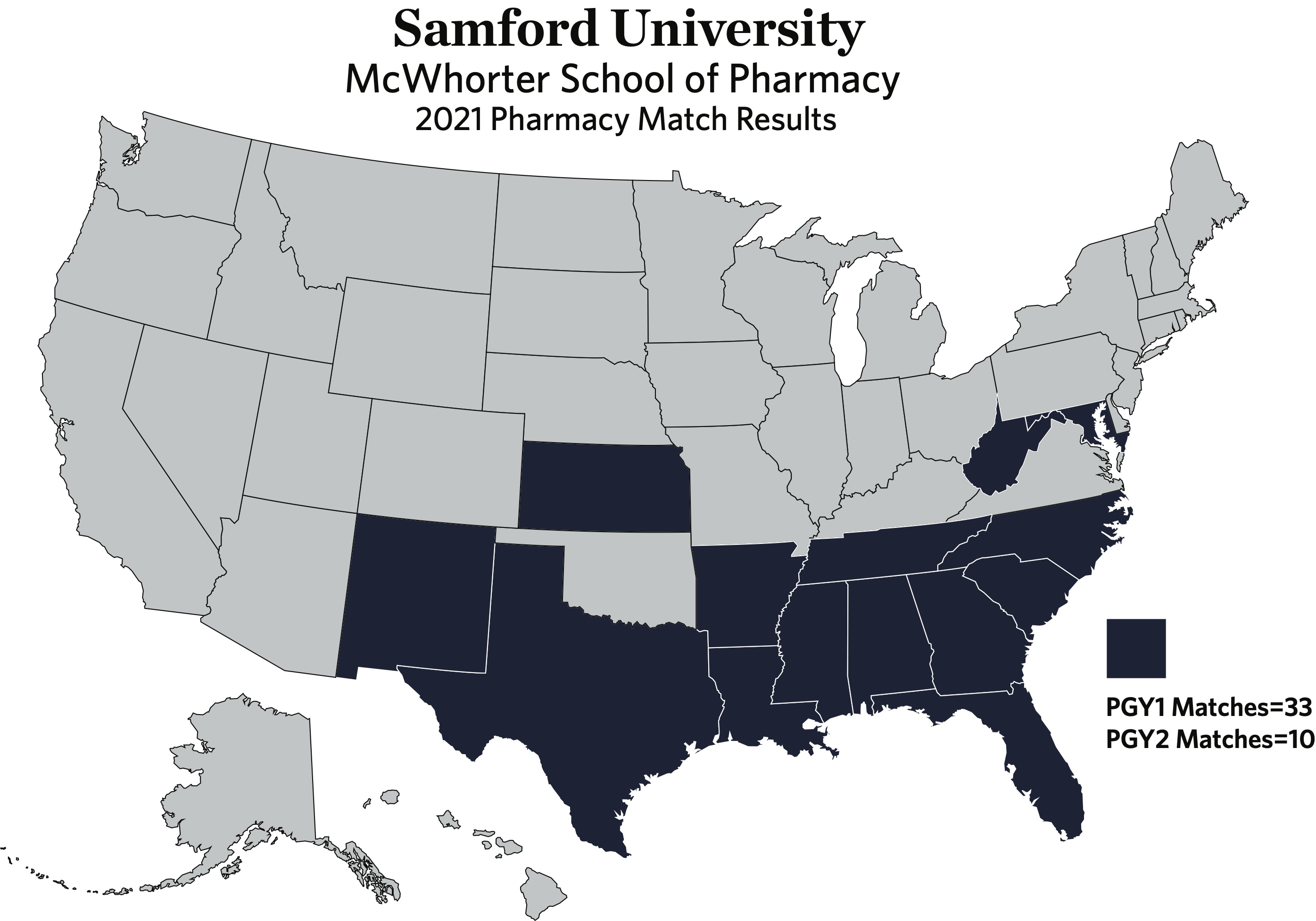 Fourth-year students who matched with a PGY1 residency include: