A Tale of Pharmacy in Two Cities

Study abroad electives in McWhorter School of Pharmacy expose students to the field of pharmacy in two European cities. 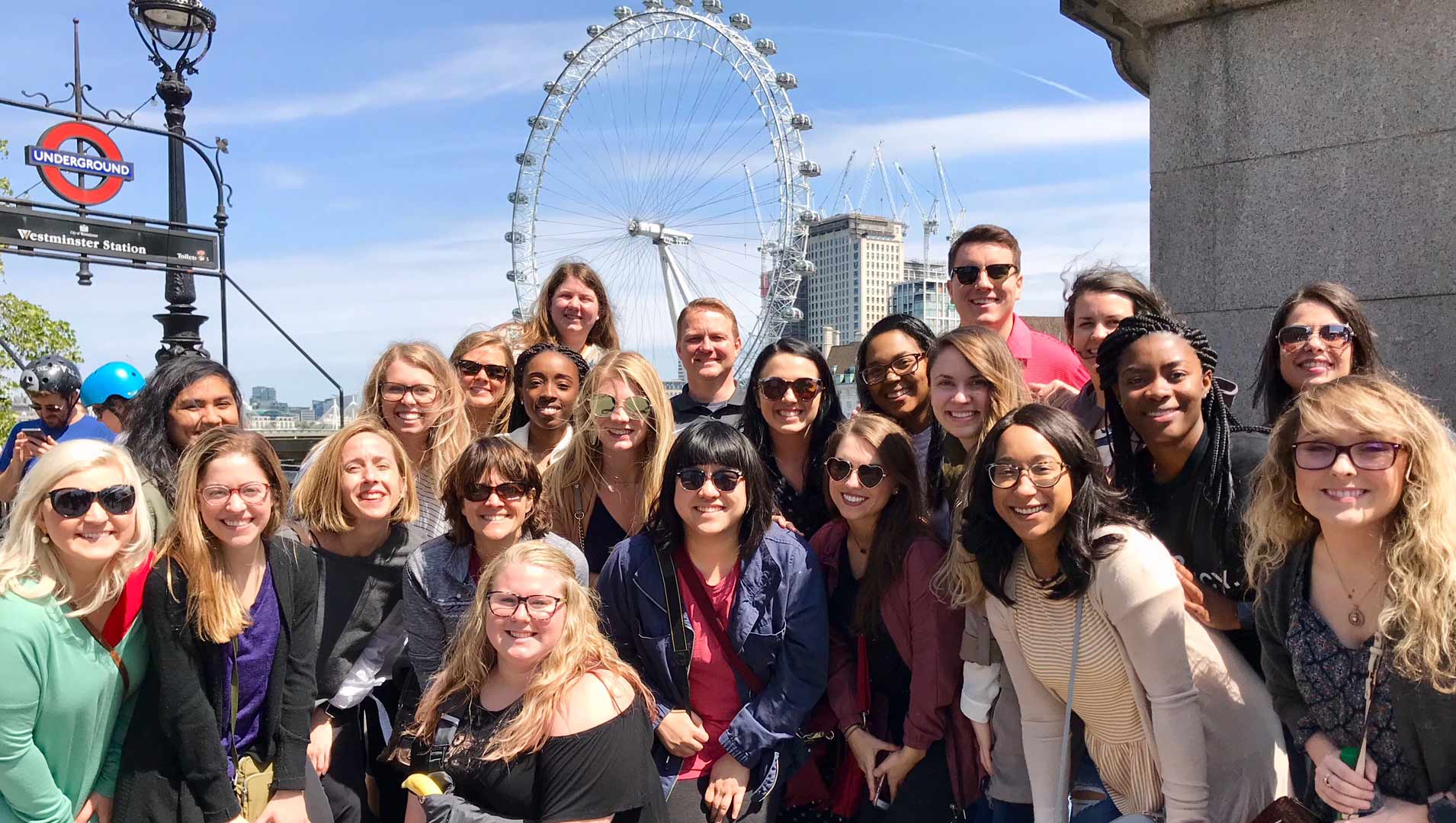 It was the best of times as students traded their textbooks for passports to enjoy the school’s popular global engagement opportunity: study abroad.

Each May, McWhorter School of Pharmacy offers two study abroad course electives in London, England, and Granada, Spain. These courses are designed to provide students an immersive experience into the profession of pharmacy, showing similarities and differences within international cultures and contexts.

Taylor McClelland, a third-year Doctor of Pharmacy student, traveled to Granada. “I went on this trip with an open mind,” she said. “I was surprised at how different pharmacy was in Spain. Right away, in driving from the airport to our hotel, you immediately notice there are no CVS, Walgreens or Rite Aid stores.”

This was similar in London. Popular chain pharmacies include names like Boots Pharmacy, and as Stephen Parker, a third-year Doctor of Pharmacy student, said, “Many independent pharmacists are different to the pharmacies we know—only selling medicine and no other items, like food or gifts.”

Both England and Spain have a national, or universal, health care system, which is in contrast to the United States. Students in both cities visited public and private hospitals, going on rotations with pharmacists and pharmacy students and seeing the roles they play in patient care.

“While these study abroad courses are designed for students to learn more about pharmacy and health care in other countries, the greatest learning often occurs when students interact with the people,” said professor Michael Thomas.

“We want students to experience multiple aspects of international health care so we can learn from each other. No matter where care is delivered in the world, we all want optimal patient outcomes as the ultimate goal.”

In London, Parker and his classmates witnessed the expanded role of pharmacists within Great Britain. “Pharmacists in London are able to become certified to prescribe certain medications without a doctor,” Parker said. “This was so interesting to me, especially as we just had a collaborative practice bill become law in Alabama.”

Parker said they asked many questions about the development of these expanded services, and they were told it did not come quickly. “They said it took a while for doctors and others to get on board with the idea, but now they see the benefits of it,” Parker said. 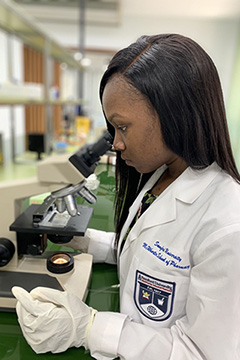 In addition to experiences in pharmacies and hospitals, McClelland and her classmates on the Spain trip had the opportunity to visit two research laboratories. At one, they were able to participate in experiments involving electrophoresis, or the movement of charged particles in a gel under the influence of an electric charge. “We really got to do so much,” McClelland said. “For anyone who is interested in global health, this trip is definitely a worthwhile experience.”

Both trips spanned two weeks, offering students the opportunity to travel during the weekend. Many students in London used the weekend to travel to Ireland, while students in Spain spent their free weekend in the city of Malaga.

“This whole experience gave me a new perspective on where our profession is at and where it could go,” Parker said. “It gave me new ideas regarding pharmacy practice that I’m excited to explore further.”

With 15 affiliations in 12 countries and on five continents, students have the opportunity to experience pharmacy around the world through advance pharmacy practice experience rotations, service learning, study abroad and more.