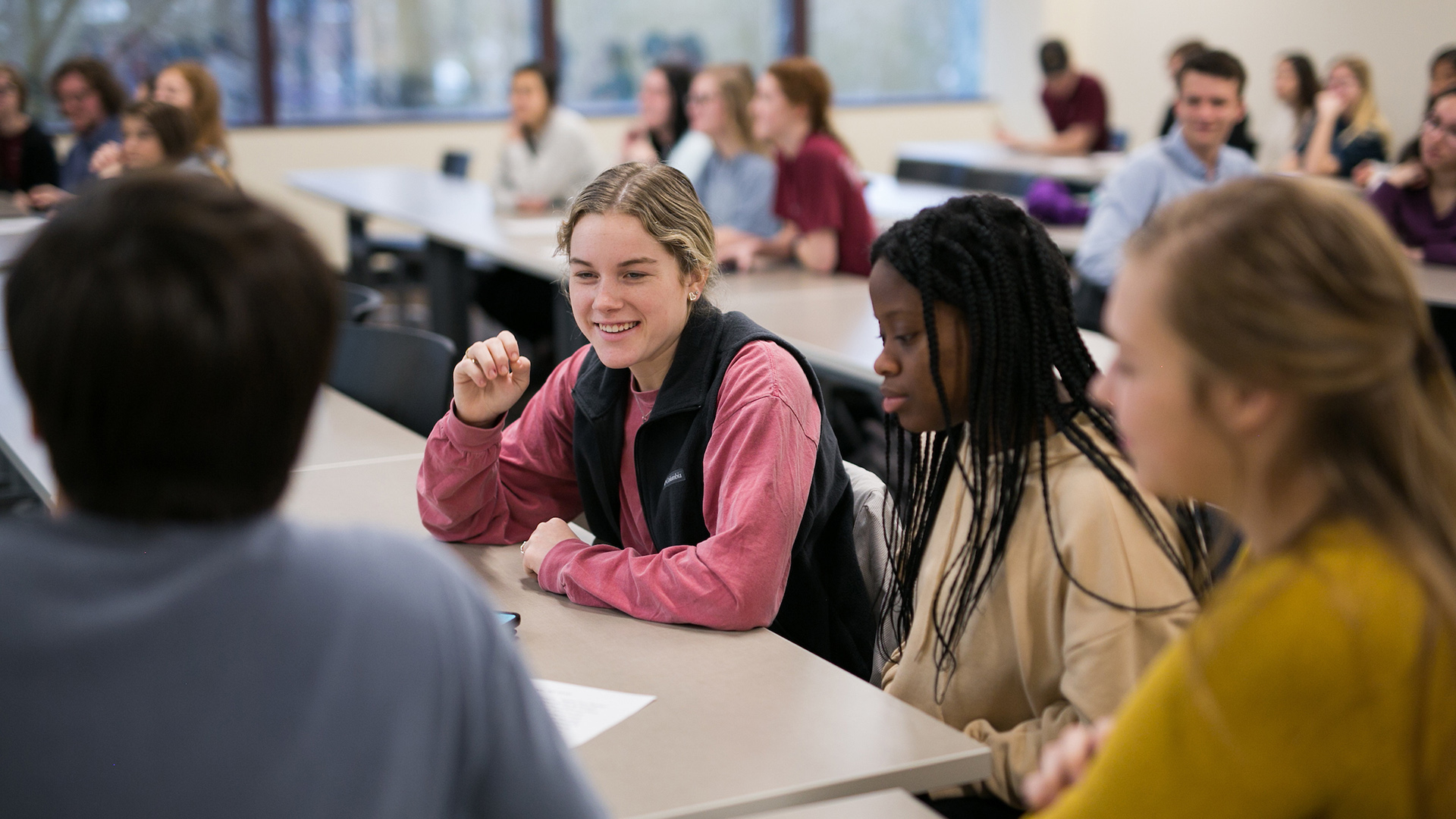 A Pathway to Pharmacy

Samford's prepharmacy curriculum equips students with a foundational experience for a successful transition into McWhorter School of Pharmacy's Doctor of Pharmacy program. It also offers a vibrant student life.
Published on June 15, 2020 by Sarah Waller   Share this on:

As a middle schooler, C.J. Rogers knew he wanted to become a pharmacist, after an experience caused by the adverse effects of a medication dramatically impacted his life. “The question was always on my mind: Why did the medications that were supposed to aid my recovery make my condition worse,” he said? “I knew then I wanted to serve in a way that prevented someone else from having to suffer like I did.”

In coming to Samford, Rogers took his first step toward becoming a pharmacist by enrolling in the university’s prepharmacy curriculum. Designed as a fast track to pharmacy school, the curriculum prepares students, like Rogers, for a successful transition into McWhorter School of Pharmacy’s Doctor of Pharmacy program.

Student complete the curriculum at the end of their sophomore year, enabling them to become first-year pharmacy students during what would be their junior year. “Going through a rigorous prepharmacy curriculum, like the one Samford has, sets you up for success in pharmacy school because you are able to effectively and efficiently study the information and develop the skills you’ll need to know for a lifetime,” said Rogers, who today is a second-year Doctor of Pharmacy student.

Prepharmacy students experience Samford’s commitment to academic excellence as a part of a vibrant student life, which includes an active prepharmacy club and numerous opportunities for service and development. “Our prepharmacy community is a unique thing,” Rogers said. “From the start, there is a bond among students in the prepharmacy track because they know exactly what you are going through. Of course, other students take the same science courses, but only a fellow prepharmacy student knows what it’s like to prepare yourself for graduate school in such a short amount of time.”

For Jon Parker, director of pharmacy admission and prepharmacy advisor, Rogers’ cohort will always stand out in his mind. On the day they were scheduled for their graduate school interviews, students met outside the College of Health Sciences to pray together. “It’s immediately evident that these students are close friends. It’s not a competition about who gets into pharmacy school,” Parker said. “They genuinely want to see each other succeed.”

Rogers’ advice for students considering the prepharmacy track is: Work on your time management now. Pharmacy school requires more than just studying for a test; you have to know and understand the material,” he said. “It will be impossible to study all the time—you’ll get burnt out—but with time management skills, you will be able to handle the workload while still finding time for your friends.”

McWhorter School of Pharmacy is now offering an early assurance option for high school seniors applying to Samford. This fast-track program allows qualified students to apply, interview and be accepted into the Doctor of Pharmacy program as a senior, pending the completion of the two-year prepharmacy curriculum.

“This is a strong option for students who are committed to pursuing their calling to a career in pharmacy, and have the ACT and GPA requirements to qualify,” Parker said. “But if someone does not qualify for early assurance, let me be the first to tell you, this doesn’t mean you won’t succeed in pharmacy school. The majority of our students are admitted through our traditional process.”

The traditional process allows students to apply and be interviewed for the Doctor of Pharmacy program as a college sophomore—while completing the prepharmacy curriculum.