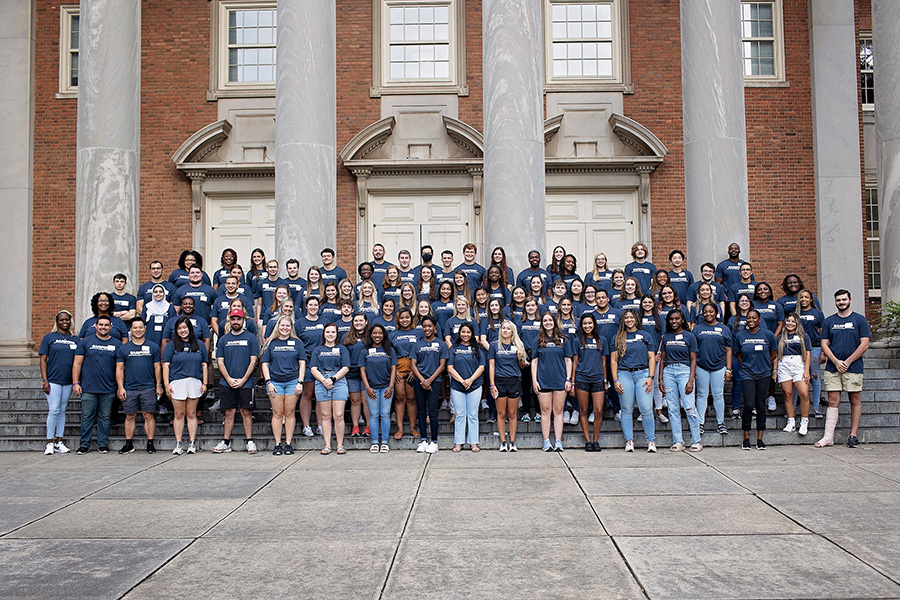 Samford University’s McWhorter School of Pharmacy is less than two weeks away from its annual white coat ceremony, which honors its class of 2025 and officially welcomes them into the profession of pharmacy. While they are still relatively new to the program, the class is already setting records as the most diverse incoming class in the school’s history.

“I am extremely proud of this year’s entering class. While they are only a few weeks into the program, it is evident that they will make a meaningful impact as student pharmacists,” said Renee Dehart, professor and associate dean for student affairs. “I can’t wait to see them use what they learn here to impact the lives of individuals and communities.”

The Class of 2025 is also establishing history as the first cohort in the school’s practice and team ready curriculum, which is one of the most contemporary pharmacy curricula in the country. Designed to engage students through active learning and empower them to be strong critical thinkers, the curriculum builds upon immersive courses and real-world experiences.

McWhorter School of Pharmacy will celebrate its Class of 2025 at its annual White Coat Ceremony on Friday, October 1 at 2 p.m. Family and friends are invited to attend in person at Shades Mountain Baptist Church or watch online at samford.edu/live.

At the ceremony, 91 first-year students will receive a white coat, and together as a class, they will recite the American Pharmaceutical Association's Pledge of Professionalism. Alumna Vanessa Gray ’91 will serve as the ceremony’s keynote speaker.