Finally a Glimpse of the Sun's Atmospheric Map

Published on April 7, 2016 by Jacqueline Taylor   Share this on: 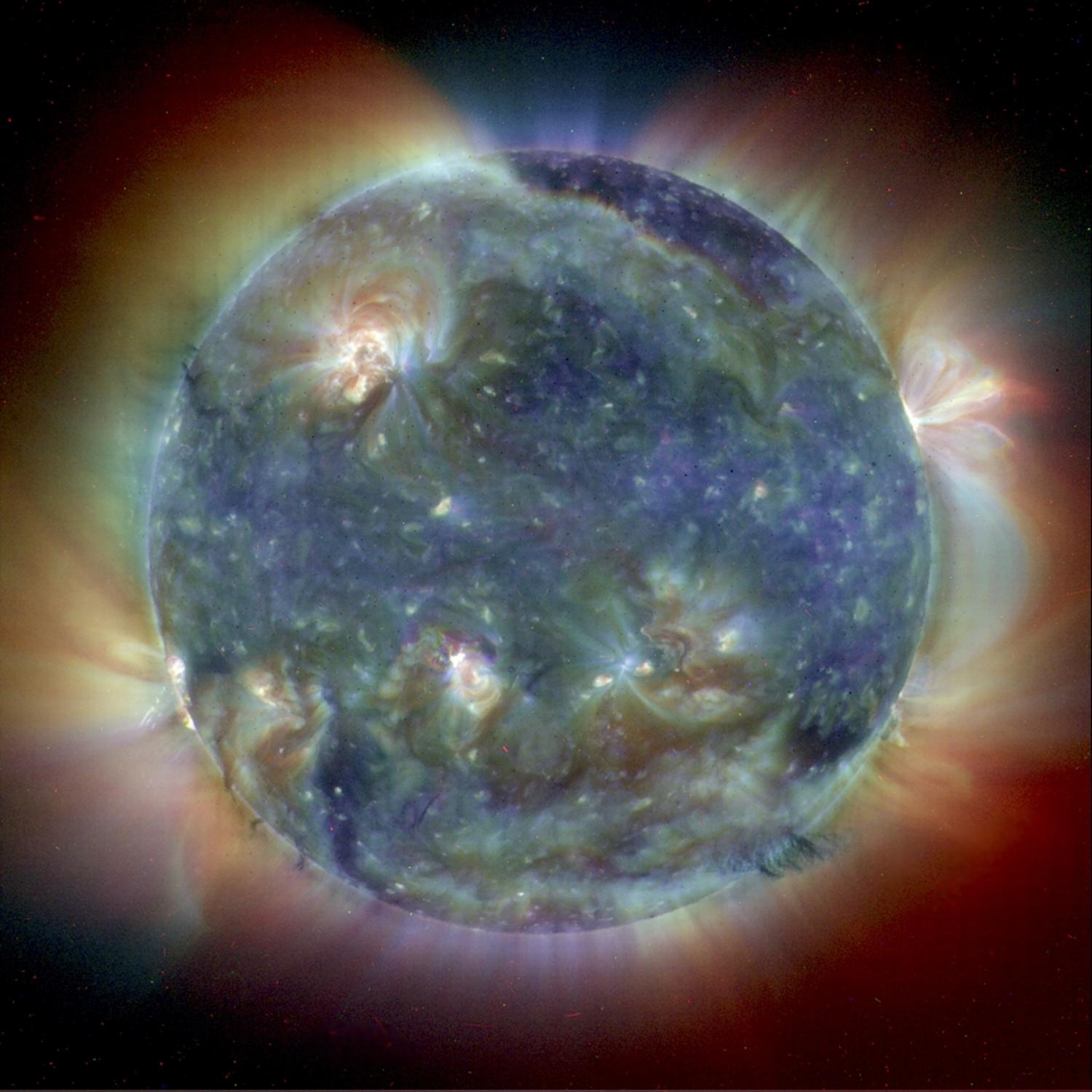 Solar physicists are delving into the mysteries of the sun’s outermost atmosphere, called the corona, which can heat to temperatures in the millions of degrees, but can only be observed during a total solar eclipse. Except that with the use of an extreme-ultraviolet telescope, we can see past its incandescent surface and observe through filtered images its atmospheric map. The Solar and Heliospheric Observatory telescope can detect four total wavelengths of extreme ultraviolet light, three of which were color-coded in this image of the sun. Variances in gas temperatures were detected by changes in the amount of electrons of iron atoms located in the corona. As temperatures increase, the atoms lose their electrons. The red-colored gas is the hottest of the temperatures at 2.5 million degrees Celsius, where iron atoms lost 14 electrons. The blue-colored gas is the coolest at 1 million degrees Celsius with only 8 to 9 electrons lost, and the yellow-colored gas is the medium. With SOHO, and space crafts Solar Dynamics Observatory spacecraft and Proba-2, solar physicists will continue monitoring the sun’s intriguing atmosphere in hopes of understanding how the corona can reach such extreme temperatures.