Ice, Ice Maybe Caused by a Change in Small-Scale Jets 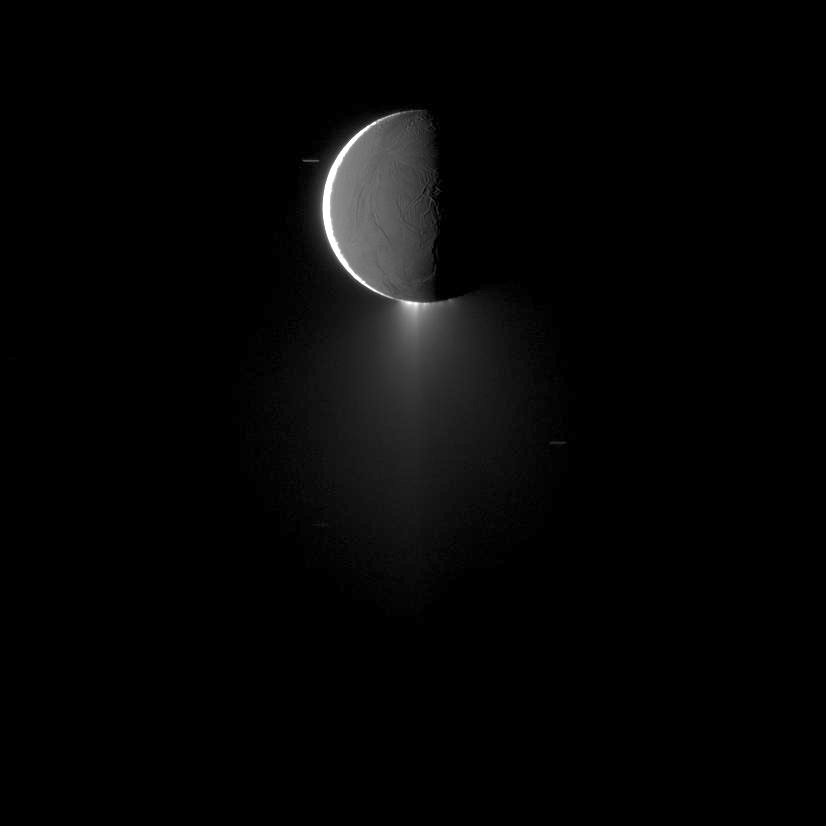 NASA’s Cassini spacecraft recently watched a star pass behind the cloud of gas and dust that projects from Saturn’s moon Enceladus, named after the giant with a hundred arms from classical mythology. Scientists were confused, because the data from this occurrence did not align with their predictions. They soon decided that some of the narrow jets on Enceladus erupt more water vapor when Enceladus is farther from Saturn in its orbit. The cause of this effect is still vague, but scientists are eager to understand, since the ocean underneath Enceladus’s icy crust may point to the makings of life.

Since Cassini’s arrival at Saturn in 2004, it has observed that the region around Enceladus’s south pole emits a plume, consisting 90% of water vapor, which stretches hundreds of miles out into space. Cassini had previously observed that Enceladus emitted three times as much dust at its farthest point in orbit, but until now, scientists had not been able to find out whether the gas part of the plume also increased. Rather than a large increase, like the 300% increase in dust, scientists only found a 20% increase in water vapor. This confused scientists also, and they set out to absolve the ambiguity. They studied a particular jet called Bagdad I and concluded that its contribution to the total plume had increased 6% since it was last observed.

"We had thought the amount of water vapor in the overall plume, across the whole south polar area, was being strongly affected by tidal forces from Saturn. Instead we find that the small-scale jets are what's changing." This increase in the jets' activity is what causes more icy dust grains to be lofted into space, where Cassini's cameras can see them, UVIS team lead Larry Esposito said.