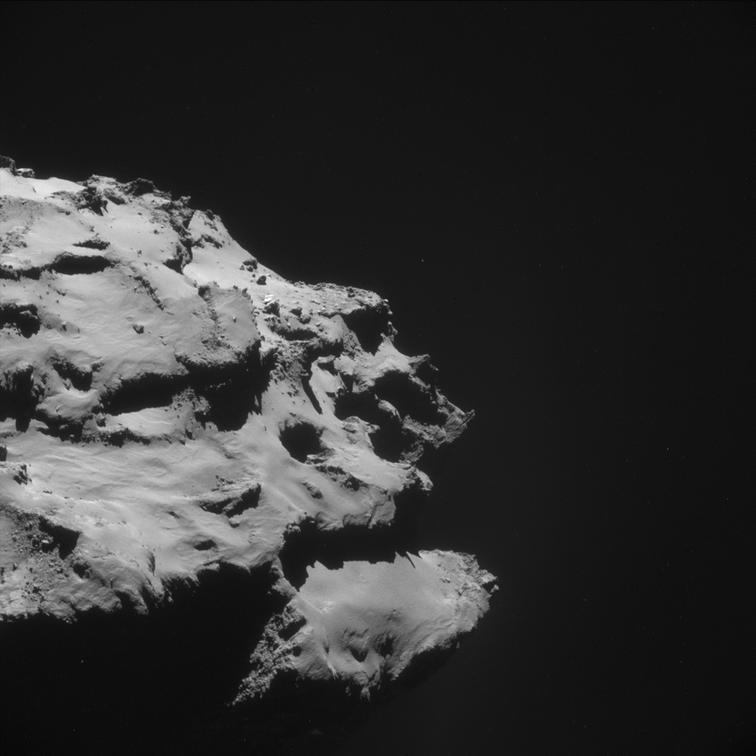 On September 30, the European Space Agency’s Rosetta spacecraft will dip down onto 67P/Churyumov-Gerasimenko, the comet famously shaped as a rubber ducky. It will aim to land on the smaller lobe of the comet, Ma’at, which is named after the Egyptian concept of balance and the mythological goddess of order. Hopefully, it will successfully reach its target site near several active pits on the surface of Ma’at, some of which are more than 100 meters wide and more than 50 meters deep.

Scientists are anxious to study one particular pit to the left of the target site, 130 meters wide and 60 meters deep. They call it Deir el-Medina (which means “monastery of the town” in Arabic), after an ancient Egyptian village. Its settlement was previously called Set Maat (“place of truth” in Arabic). This pit bears resemblance to the pit in the Egyptian village where many of the builders of the pharaoh tombs lived. The workers excavated this pit in an attempt to make a water source of it, but the Nile’s water table was too deep to dig to, so it became an eclectic collection of ostraca, broken chips of pottery used to document daily figures—receipts, lists, love notes, medical prescriptions, recipes, drawings, etc. Just as archaeologists use the ostraca to draw ethnographic conclusions about Egyptian life, so the observable rubble in the pit Deir el-Medina helps scientists draw conclusions about the history of comet 67P.

The walls of the pit show “goosebumps,” which are meter-sized lumps. Scientists theorize that these could be indicators of early chunks of material that collided to form the comet in the beginning of the universe. They will be able to make more certain claims after Rosetta collects data.