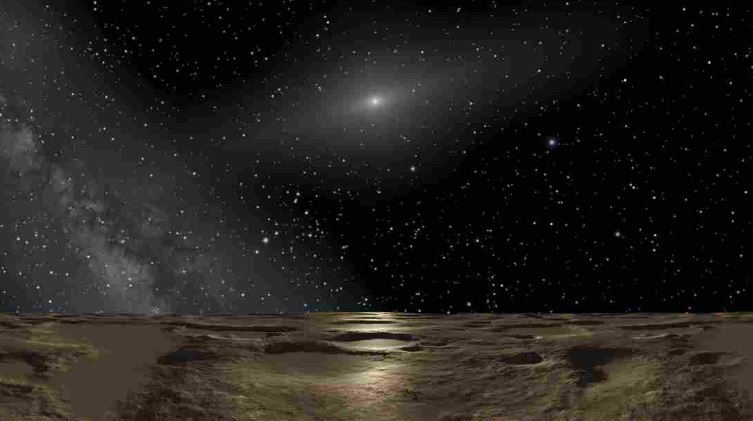 A team out of the University of Michigan recently discovered a new dwarf planet. Some undergraduate students were staying with David Gerdes, the leader of the team a few years ago for the summer, and he asked them to try to find unnoticed celestial bodies skulking in niches of the galaxy map.

To do this, one would study the sky for beings that moved between nights. Stars and galaxies are too far away to move an observable distance from our perspective, but planets and asteroids can be found this way. One would take note of the placement of the planet or asteroid, which would appear only as a spot light, and connects the dots until he has an idea of the body’s orbit. But rather than consistently studying the sky night after night, they studied it sporadically. So sometimes a span of five days ran between data, sometimes two weeks, sometimes four months. This made it especially arduous to connect the dots of light.

To make the task simpler, David and his visitors created a camera called the Dark Energy Camera, which the US Department of energy has now commissioned to map out distant galaxies. The dwarf planet they found is 330 miles across, approximately 8.5 billion miles from the sun, has an orbit of 1100 years. Some astronomers have speculated that the body, named “2014 UZ224,” is too small to be called a dwarf planet, but for now, he says, the term applies.

What’s even more exciting than this discovery is that scientists believe there is another planet, “Planet Nine,” that is ten times the size of earth and skulking around in a niche of the galaxy map. It may even have already been captured in one of the images from Gerdes’ Dark Energy Camera. "I'm excited about the chances of the people in this room finding it,” said Gerdes at a conference. Of course I'm happy for humanity if someone else finds it, it would be the most exciting astronomical discovery in our lifetime, I think."