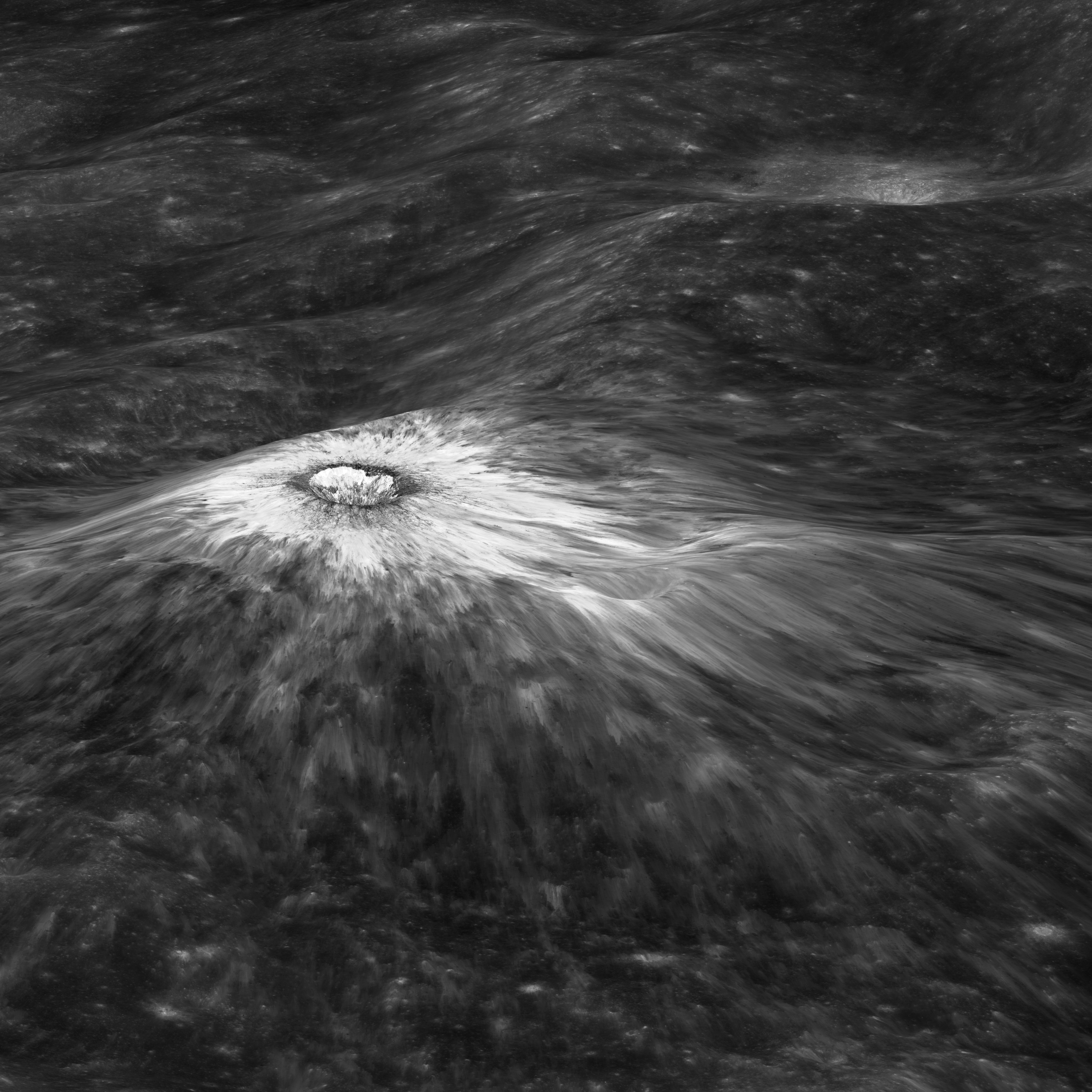 It is fascinating to gaze up at the moon’s cratered surface, but less easy to spot are the craters’ craters. The below images are of a crater nicknamed “Chappy”, located on the western rim of the moon’s Chaplygin crater and measuring 1,400 m in diameter. Particularly interesting about “Chappy” is its detailed and preserved condition that shows the remains from its formation, leading scientists to consider it a young age. Visible in the below images are dark and light materials displaced around the crater, termed ejecta. The crater was formed when a meteor crashed into the Moon’s surface, and material was displaced and ejected, much like how lava is spewed during a volcanic eruption. The moon’s crust was melted from the impact’s tremendous conversion of energy to heat, seen above as the dark ejecta frozen to the craters immediate rim. A closer look at the topography shows how the dark ejecta splashed over the white, which cascaded out first and continued to flow over the terrain for long distances. Unlike the bright white ejecta, the dark is less reflective because it contains a higher percentage of glass caused from a speedy cooling that did not allow minerals to crystallize. In order to know Chappy’s exact age, which could be younger than the Meteor Crater in Arizona aged 50,000 years, a sample will need to be collected and radiometric dated.