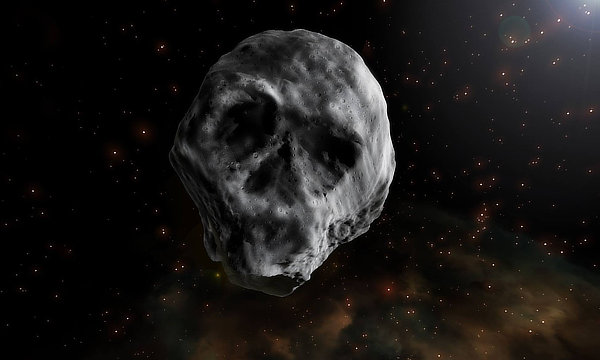 Just after Halloween, a comet nicknamed “the Death Comet” for its spooky, skull-like appearance will pass by Earth. Despite its ominous name, the comet does not pose a threat to us; it will pass us by at a safe distance of 38.6 million km (24 million mi) from the surface, its closest pass to Earth yet.

Also known as TB145, this comet was discovered in 2015 in October by NASA’s Panoramic Survey Telescope and Rapid Response System (Pan-STARRS-1), as a part of the Near-Earth Object Observation (NEOO) program. At first observation in 2015, it passed by 498,900 km (310,000 mi) from Earth. The timing of its appearance so close to Halloween earned it its macabre nickname, but it has another one as well: “The Great Pumpkin Comet," which is more cheerful but still seasonally festive.

The “Death Comet” is hypothesized to be a dead comet, meaning the volatile elements such as frozen water, carbon dioxide, ammonia, and methane have been previously shed, so it has no tail. This comet measures 400 meters (1,300 feet) in diameter, and is predicted to maintain a safe distance from the Earth. Even when passing by in the future, it will pose no threat, even though it is considered relatively close by celestial standards. This comet will be able to be viewed with a small telescope on November 11th of this year.