The Heart of Natural Processes 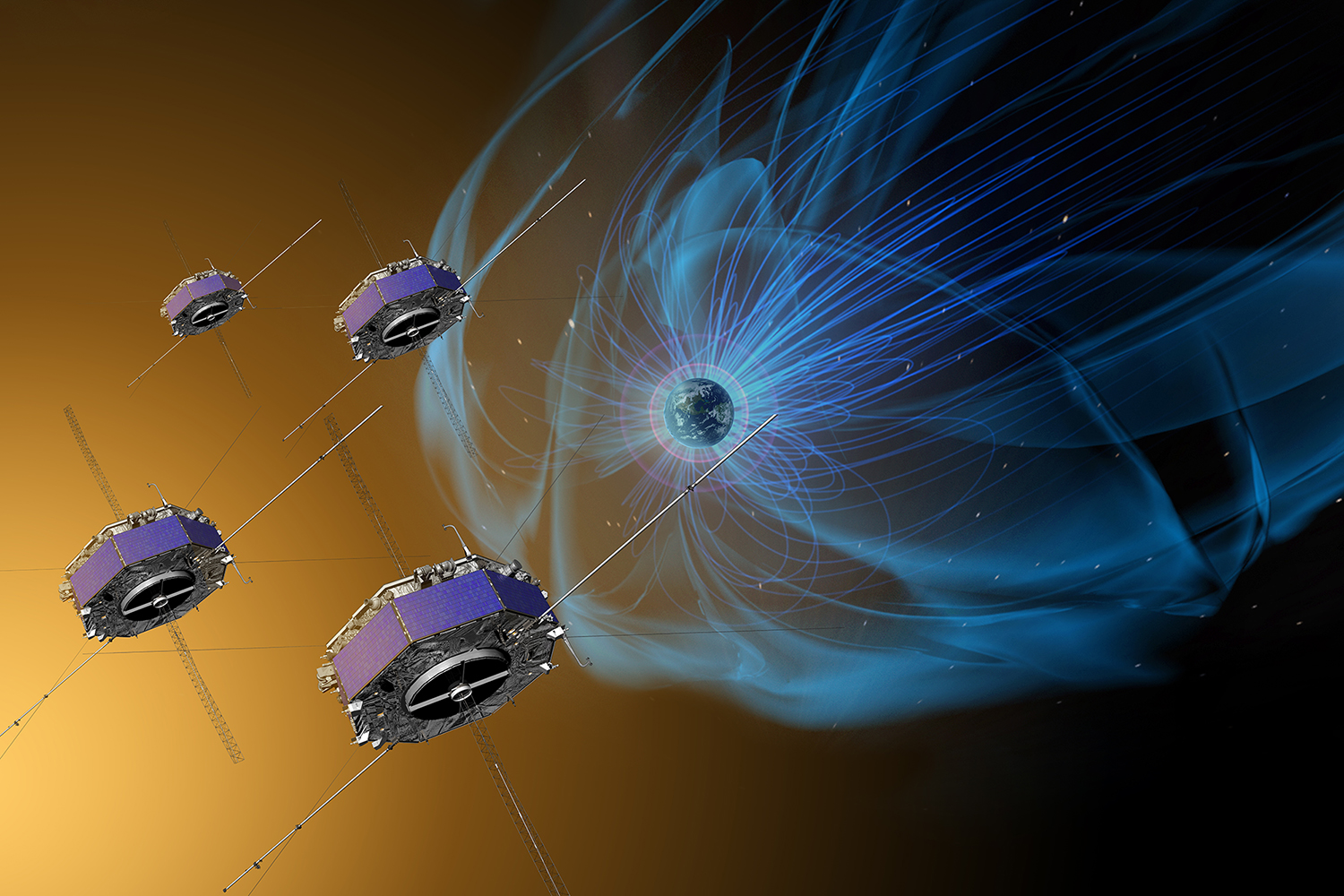 NASA has sent four spacecraft through an invisible maelstrom to study one of the primary proponents of space radiation—magnetic reconnection. Sometimes when two sets of magnetic fields connect, they cause an explosion and launch particles off like jets. Based on the research, as published on May 12 in Science, the process of magnetic reconnection is dominated by the physics of electrons. This gives scientists a huge insight into the fundamental forces of nature. We had data recordings of particles zooming by, but not of the phenomenon that initiated it until the development of the Magnetospheric Multiscale mission.

The four spacecraft launched in March of 2015. They fly in a pyramid formation so they can capture a three-dimensional effect for their recordings. In the following October, the spacecraft traveled through a magnetic reconnection at the point where the earth’s magnetic field meets the sun’s. In a matter of just a few seconds, thousands of observations were recorded, and scientists went right to work on analyzing their new candy store of data.

They discovered that the electrons launched away from the magnetic reconnection point at hundreds of miles a second. After they crossed the magnetic boundary, they made a U-turn in reaction to the new magnetic field. Scientists noticed that the entire magnetic reconnection process is surprisingly orderly and even elegant. They have decided that the physics of electrons is the key to understanding the phenomenon of magnetic field lines accelerating particles. "This shows us that the electrons move in such a way that electric fields are established and these electric fields in turn produce a flash conversion of magnetic energy,” said Roy Torbert, a scientist at the Space Science Center at the University of New Hampshire. “The encounter that our instruments were able to measure gave us a clearer view of an explosive reconnection energy release and the role played by electron physics."