The Ins and Outs of Saturn's Rings 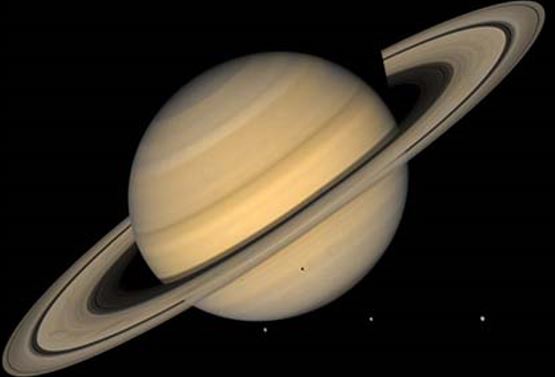 Credit: NASA
Saturn—the planet with the biggest and brightest rings. These rings were spotted through a telescope almost 400 years ago by Galileo, and ever since scientists have been eager to learn more about these rings.

One thing we are confident in is that Saturn’s rings are made of ice and rock. The size and mass of these pieces vary, where some are as small as a grain of sand and others are as large as a house! To this day, however, the formation of Saturn’s rings remains a mystery. Many scientists believe it has something to do with the 60+ moons orbiting the planet. From far away, it appears as if Saturn has 7 large rings. Each ring was named a letter of the alphabet in the order that it was discovered. The rings circle around Saturn at very high speeds.

Cassini is the latest NASA spacecraft to explore Saturn. Cassini left our world in 1997 and arrived at Saturn seven years later in 2004. The spacecraft has been orbiting Saturn since and is a constant source of magnificent pictures and information. This February a new image was taken—it displays the rings in front of Saturn, where the shadow of the rings is cast. This photo is fascinating, as it appears as if the rings are intersecting in an impossible way. The gas giant’s rings do not crisscross at a 90-degree angle. However, the do cast shadows, which this image beautifully displays. Because various rings are not totally opaque, the disk of Saturn and the ring shadows can be directly seen through the rings themselves.

The origin and natures of gaps and ringlets are still poorly understood. Sadly, Cassini will crash into Saturn’s atmosphere next year and we will no longer regularly receive lovely space portraits such as these. NASA’s approaching mission to Jupiter has big shoes to fill.