By now you may have heard that on August 21st, 2017 the Moon will pass between the Earth and the Sun just perfectly to completely obscure the Sun from view in some locations across America. This once or twice in a lifetime event, known as The Great American Solar Eclipse, will begin on land in Oregon at 12:18 PM CDT, and end in South Carolina at 1:48 PM CDT. Nashville, TN (the closest big city to Birmingham to be in the path of totality) will experience a partial eclipse beginning at 11:58 AM CDT and the total eclipse beginning at 1:28 PM CDT. The eclipse will be a partial solar eclipse from the Birmingham area with about 92% of the solar disk obscured, which begins at 12:00 PM CDT, peaks at 1:31 PM CDT, and concludes at 2:58 PM CDT. THIS IS NOT GOOD ENOUGH! We strongly urge you to travel to the path of totality in order to see the most spectacular natural phenomenon in all its glory.

The Moon passes in front of the Sun all the time (every month), so why is this particular event any different? The Moon's orbit around the Earth is inclined at an angle of about 5.1 degrees in respect to the plane of the Earth's orbit around the Sun (the ecliptic plane). Thus, at the time of a new Moon, the Moon typically passes to just above or below this plane. A solar eclipse only transpires when a new Moon occurs close to one of the nodes where the Moon's orbit crosses the ecliptic.

Solar eclipses are rare and there are a few types of them, which vary due to the Moon’s distance from the Earth and the angle of the orbit in which it is rotating. A solar eclipse occurs when the Earth, Moon, and Sun perfectly align and the shadow of the Moon (the Umbra) is cast upon the Earth’s surface. 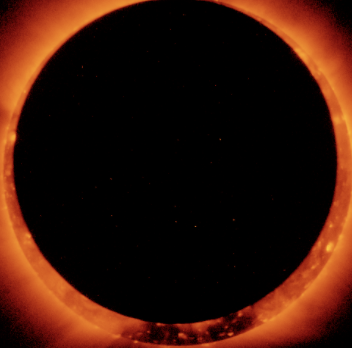 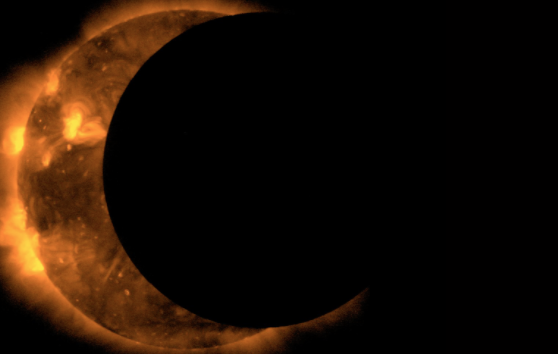 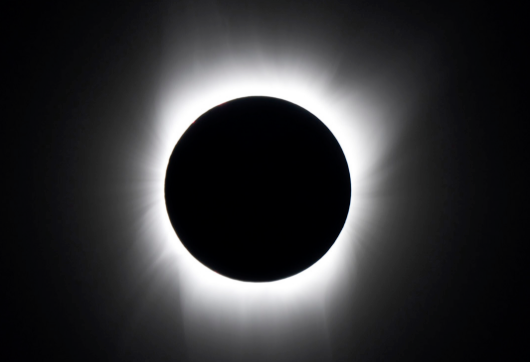 Finally, a total solar eclipse occurs when the Sun, Moon, and Earth are in a direct line. The Moon completely obscures the Sun until only the solar corona (the Sun’s outer, diffuse, and incredibly hot atmosphere) is visible.

What happens during a total solar eclipse that doesn’t happen during a partial eclipse? In a total solar eclipse, the Moon comes between the Sun and the Earth to create a temporary night in the Moon’s shadow. The temperature on the Earth will drop slightly (up to 15 degrees), animals and plants will react as if it were actually night, stars (and Venus) will be visible, and the solar corona will be spectacularly visible. Prominences (huge gobs of plasma dangling off the solar surface) might be visible stretching away from the disk of the sun depending on solar activity. At the very center of the eclipse path, totality will last for a maximum of 2 minutes and 40 seconds. Outside the path of totality (see diagrams below), the Sun will not be fully covered and these effects will not be observable.

Totality: the moment or duration of total obscuration of the Sun or Moon during an eclipse.

You will ABSOLUTELY want to view the Great American Solar Eclipse in 100% Totality, which will involve travelling to one of the few states in the direct path of the eclipse shadow. These states are: 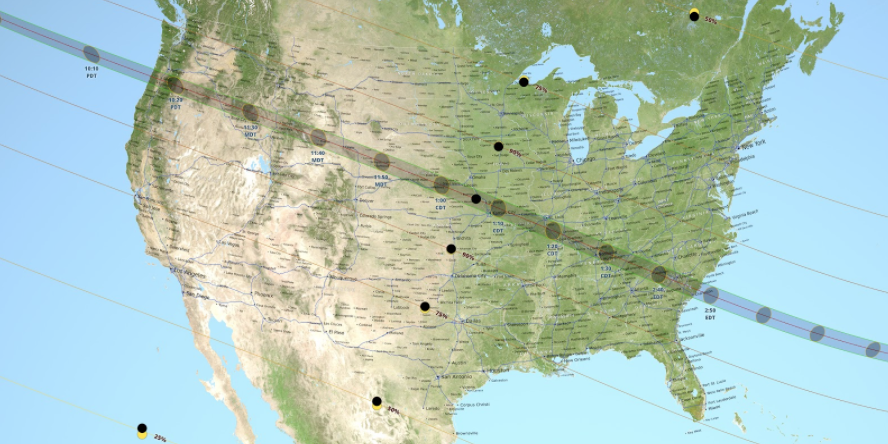 Any viewing outside of totality, which includes all of Alabama, will be a partial eclipse and much less impressive. 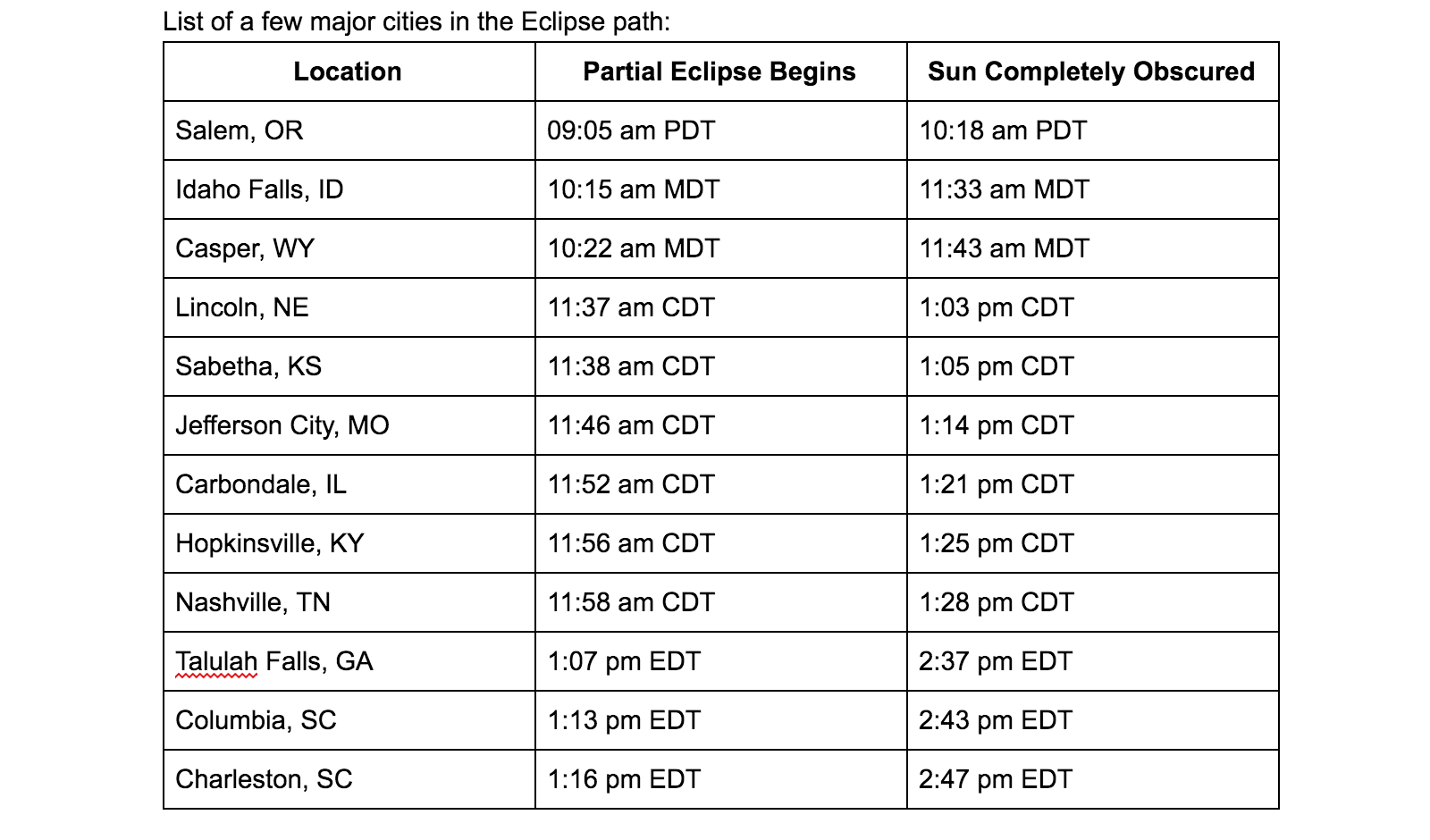