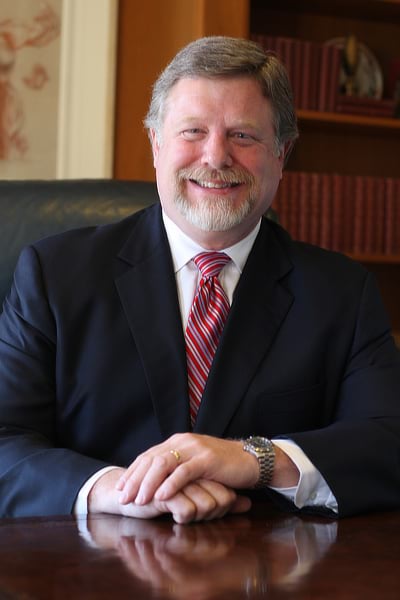 Harry B. Brock III served on the Board of Trustees of Samford from 1998 prior to joining the administration in March 2007. As a trustee, he served on the executive committee and was chairman of the investment committee. Brock previously served as an executive for Compass Bank, where his career spanned 17 years and included positions in commercial lending, city president—Huntsville, city president—Birmingham, and senior vice president and regional executive officer. In addition, Brock is a previous owner of Express Oil Change LLC automotive service centers, which he sold 2006. Brock is actively involved in the community, and is a member and past president of the Kiwanis Club of Birmingham, the largest Kiwanis club in the world. Brock is a past president and treasurer of the Civic Club Foundation. He is a member, former president and finance committee chair of The Club; member of the University of Alabama President’s Cabinet; and former chair of the board of deacons at Mountain Brook Baptist Church. Brock received a bachelor’s degree in finance from the University of Alabama.