An annual gift provides support for Samford University and its comprehensive mission to offer quality education in a supportive environment with Christian values.

An annual gift provides support for Samford University and its comprehensive mission to offer quality education in a supportive environment with Christian values. Participation at any level creates a partnership between you—the donor—with virtually every faculty member and student of the university.

The life and work of every great institution is ultimately the result of the commitment and support of a company of friends who believe deeply in the mission of the institution and who invest faithfully and generously. Please consider investing in this institution and its future. Samford University appreciates your participation at any level.

Celebrating the spirit and enthusiasm of Mr. Ralph Waldo Beeson, the Beeson Society recognizes donors who establish a recurring gift of at least $60 per year to the school, college or fund of their choice. Today, more than 500 alumni, parents and friends have joined this society. Their ongoing generosity secures the Samford experience for current and future generations.

Chartered in 1841, Samford University opened its doors in 1842 without sufficient funds or planning. Certainly, none of the original 15 founders could have foreseen either the hardships or the success that would follow. Samford emerged from those humble beginnings through the ongoing support of people with similar commitment. The 1841 Society includes members who provide the university with a supporting constituency that declares its partnership with faculty, administration, support staff and peers. United, donors share a significant role in the education and development of students who come to Samford to prepare for future leadership in a broad variety of vocations and service to all strata of society. Donors of $1 to $99 annually are acknowledged as members of the 1841 Society.

Samford is in its second century of providing excellence in higher education. With the renewed support of faithful annual donors, our university continues to increase the value of a Samford education. Donors of $100 or more annually are acknowledged as members of the Century Society.

Sherman Oak, the best-known landmark of the East Lake campus, was a gathering place for students at the center of the quadrangle. For those who attended East Lake, Sherman Oak may evoke warm memories of college days. Donors of $500 or more are acknowledged as members of the Sherman Oak Society.

Faithful annual donors share the dedication of Samford’s leaders to see the university maintain a level of excellence. Donors of $1,000 or more annually are acknowledged as members of the President’s Society, Dean’s Council or Director’s Cabinet for members who wish to designate for a particular school within the university.

The Chairman’s Society bears the name of the board of trustees chairman and helps perpetuate the spirit that characterizes his work. A partnership with Samford at this level is an important contribution that places donors in the company of all those who have helped maintain that tradition. Donors of $5,000 or more annually are acknowledged as members of the Chairman’s Society.

Founded as Howard College, the university we know today has been built with the generosity of those who had and have a great vision. Samford University continues to excel in providing a quality education within a Christian environment. It will continue such progress into the future only as others join and share that vision. Donors of $10,000 or more annually are acknowledged as members of the Howard Society.

Samford has been sustained through the years by the generous gifts of many faithful friends. Samford as we know it today is far removed from the college that opened with nine students and had the president as the only teacher. Several times in the school’s history, both in the early years in Marion, Alabama, and later in Birmingham, friends of the school gave special assistance to keep the doors open. The Founders Circle honors those who have supported the university with annual financial commitments for at least 35 years.

Major Harwell Goodwin Davis served as president of the college during one of the most critical periods in its history—through the aftermath of the Great Depression and the effects of World War II to the relocation from East Lake to Homewood.  Thanks to his creativity, courage and vision, the school not only survived, but thrived.  The Harwell Goodwin Davis Society honors those who make up the Davis’ challenge of continual progress at Samford.

A.P. Montague, president of the college from 1902 to 1912, emphasized the distinctiveness of a school unafraid to address the improvement of the whole person—mind, body and spirit.  The A.P. Montague Society honors those who have given in support of Samford’s distinctive mission.

When the college faced the humiliation of public auction in 1884 to satisfy a legal judgment, longtime trustees J.B. Lovelace and W.W. Wilkerson saved the college by purchasing its property and returning it to the college’s board of trustees.  The Lovelace-Wilkerson Society honors those who give freely to Samford so that the school remained free to educate men and women for leadership and service.

Samuel Sterling Sherman, the first president of Howard College, dedicated himself fully to the institution that would become Samford University when it had no funds, no faculty, no students and only a single wooden building.  The Samuel Sterling Sherman Society honors those who share Sherman’s intense dedication to the vision of what Samford can become.

Established in 1995 to memorialize founding trustee James H. DeVotie, the DeVotie Society recognizes our present responsibility to plant shade trees under which we know we will never sit, and celebrates the many who have planted—and are planting—for the future, with planned gifts through their estates. 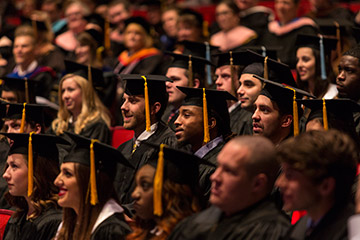