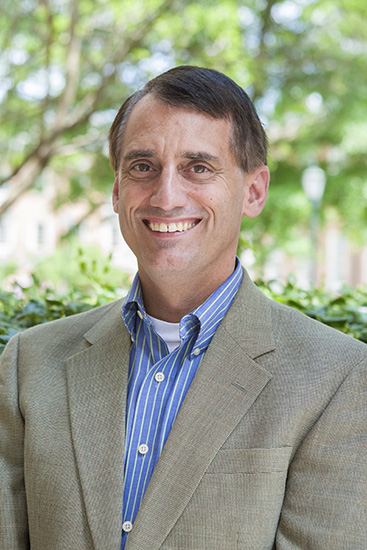 Darin White, Professor of Marketing and coordinator of the Sports Marketing Program at Samford University’s Brock School of Business, has been appointed to the Board of Directors of the Alabama Sports Foundation. The foundation serves as the official sports lobby for the Birmingham-Hoover area and for the State of Alabama, and recruits, manages and promotes major sporting events throughout Alabama.

Since joining the board, Darin has worked on the U.S. Women’s Soccer Team World Cup Victory Tour event that is slated to be in Birmingham Sept. 20 at Legion Field with the U.S. taking on Australia.

This is an outstanding appointment for Professor White and his service will help bring national and global awareness to our sports marketing program,” said Howard Finch, dean of the Brock School of Business.  “His skills, expertise and enthusiasm for our city and state make Darin uniquely qualified to help recruit major sporting events to the Alabama market.”

The Alabama Sports Foundation works with various sports affiliates to bring a variety of sporting events to Alabama.  The Foundation, founded by Gene Hallman and Dr. Larry Lemak, was instrumental in bringing Olympic Soccer to Birmingham’s Legion Field in 1996.  Since that time, the Foundation has hosted several U.S. Soccer Federation international matches such as the Men’s World Cup Qualifier, USA vs. Guatemala, in 2005 and an exhibition match featuring the USA Women vs. Australia in 2008.

In addition, the Foundation works closely with the Southeastern Conference and has hosted the SEC Baseball Tournament since 1998, as well as five neutral site SEC Gymnastics Championships over the last 14 years.

The Foundation also helped to relocate the Southwestern Athletic Conference Office from New Orleans to Birmingham in 1999, and has managed several NCAA National Championships including the 2012 and 2013 Men’s Soccer College Cup and the 2014 Women’s Gymnastics National Championship.

I am excited to be playing a role in helping Alabama recruit world-class events to the State,” said White. “We have a lot to offer, especially in the Birmingham market, to sports affiliates. I believe this has been proven in recent years with the landing of a number of exciting and international events to the area.

The Foundation is managed by the Bruno Event Team and coordinates all aspects of event planning including sponsorship and hospitality sales, marketing and advertising campaigns development and implementation and comprehensive event operations and management.  Other noted events the Foundation has recruited and managed are the U.S. Senior Open, Regions Charity Classic, PGA Tour Southern Farm Bureau Classic, LPGA Tournament of Champions, the Honda Indy Grand Prix at Barber Motorsports and Reebok CrossFit Games.