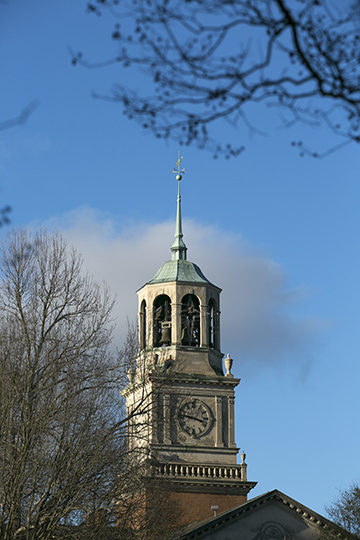 Dennis J. Blasko, retired Lieutenant Colonel in the U.S. Army, spoke at an Oct. 19 breakfast at Samford University about “Chinese Sovereignty and Power in the South China Sea.” Blasko is an expert on China after 23 years of service as a Military Intelligence Officer and Foreign Area officer.

Blasko’s presentation focused on the rise of the Chinese armed forces and the relationship between China and the United States in recent years. The Birmingham Committee on Foreign Relations at Samford hosted the event.

Blasko discussed the various issues that have arisen from the many years of Chinese communist rule, including economic, social and military instability. He also explained how China faces a greater risk of strife as 14 land neighbors, four of whom have nuclear weapons, surround its borders.

With all of this unrest and uncertainty sweeping the country, Chinese leadership is faced with the tremendous task of maintaining stability.

“Chinese leadership is focused on maintaining that stability, feeding people and raising the country to become a greater power,” Blasko said.

A crucial part of maintaining that stability involves continuing relationships with other countries, regardless of differences.

Today there is approximately $600 billion in trade money between the U.S. and China, Blasko explained. This relationship is vital to the U.S. as it not only provides the American market with essential products and services, but it does so at a lower cost than could be obtained elsewhere.

This initiative is a collaboration of the Birmingham group and a Samford committee led by assistant to the president Michael D. Morgan, as well as several other faculty and staff members.

“As with all our speakers from the Birmingham Committee on Foreign Relations, it was a pleasure to learn more in-depth information from our guest Dennis Blasko beyond the brief story we get from the news or a politician’s sound bite,” said Morgan. “As never before it is important that all know of and seek to understand as much as possible about our neighbors around the world—our strategic allies, our economic opponents or our military advisories.”