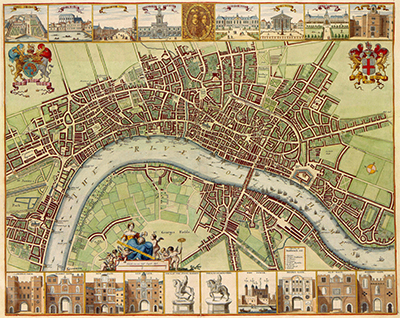 Since 2014, the London Core Texts program has given outstanding freshmen the opportunity to further their intellectual narrative begun in their two-semester Cultural Perspectives classes. Focusing on the connections between text, place and history, students are immersed in one of the world’s greatest cities while visiting historical landmarks and seeing cultural artifacts that, along with powerful ideas, shaped a city and nation.

“With each trip, we are continually impressed with students who possess intellectual curiosity, academic talent and a sense of adventure,” said Jennifer Speights-Binet, chair and associate professor of geography.

The following students were nominated last semester by their Cultural Perspectives professors and were then chosen based on a competitive application process: