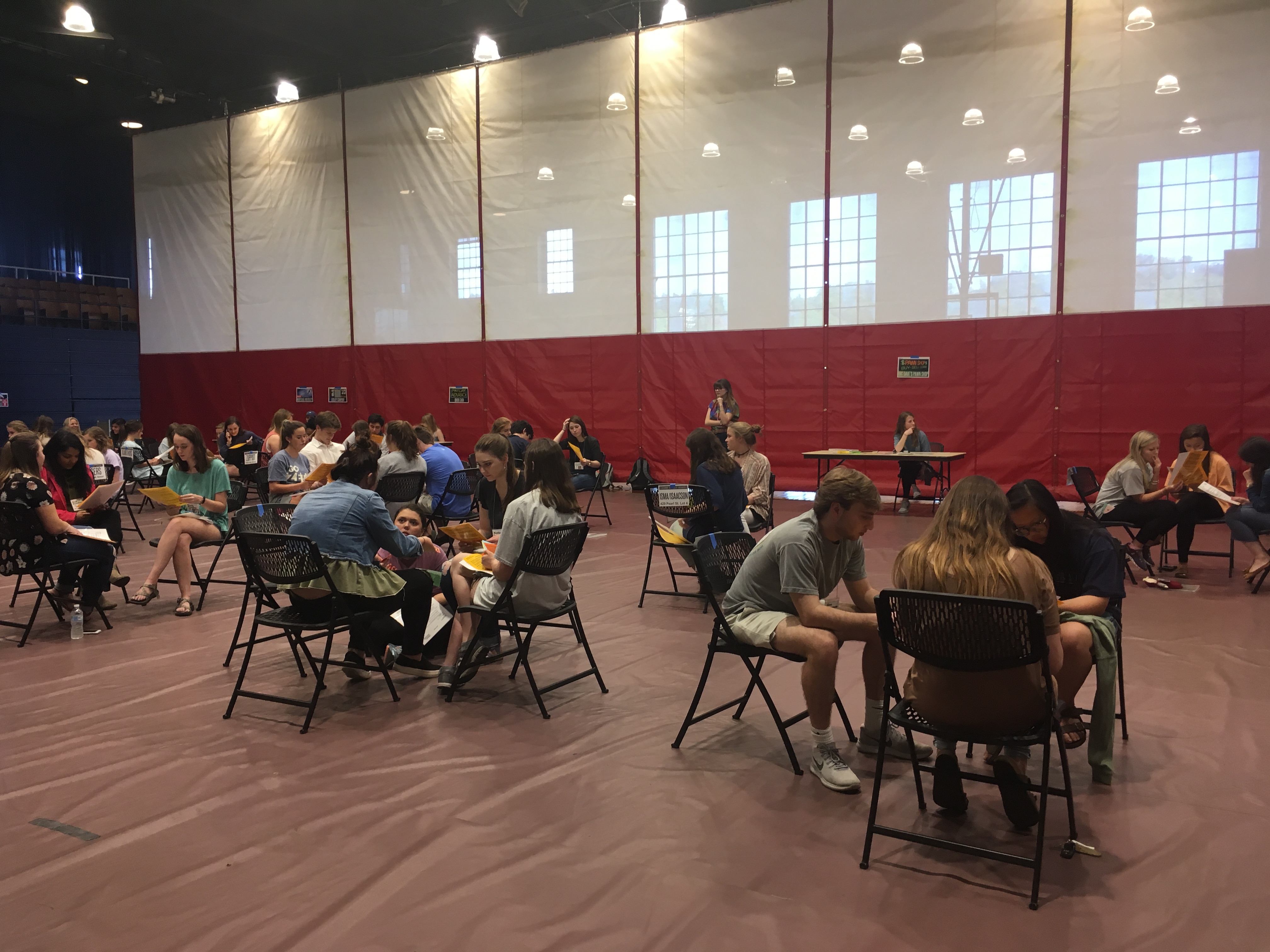 Alabama is the seventh poorest state in the nation, and nearly 900,000 residents live in poverty, including 300,000 children. These are sobering statistics that Alabama Possible provides while hosting poverty simulations across the state.

The Mann Center coordinates service cadres every semester to integrate faith and service learning. These cadres engage students with the community in mutually beneficial partnerships, coordinated through PACT.

At the simulation, 65 participants were organized into different family units and given resources to survive as a family for a month. There were various stations set up around Seibert Gym for the participants, including a pawn shop, health care, a public school, social services, a homeless shelter and a prison. The participants had to live on the little that they had for a month, separated into four 15-minute sessions acting as a week.

PACT president Casey Cunningham, discussed the importance of showing the reality of poverty to Samford students. “A lot of students at Samford don’t know what it would actually be like,” she said. “Hopefully this gives an idea of what it’s like and what it’s like to empathize with people.” Cunningham is a senior English major from Greenville, South Carolina.

Immediately following the one-hour simulation, participants were able to discuss what they learned and how they take this information to help others moving forward.