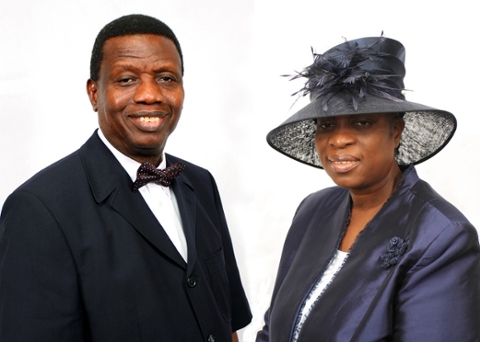 Pastor Adeboye and his wife Folu

Nigerian pastor Enoch A. Adeboye, the general overseer of the worldwide Redeemed Christian Church of God (RCCG), will speak during campus worship at Samford University Tuesday, Oct. 23, in Wright Center at 10 a.m. Adeboye oversees more than 40,000 parish churches in 186 nations including the U.S., where there are more than 600 RCCG branches.

Born into poverty in southwestern Nigeria, Adeboye managed to gain admission to a strong secondary school and eventually earned a bachelor’s degree in mathematics, master’s in hydrodynamics and doctorate in applied mathematics. The advanced degrees were from the University of Lagos, Nigeria. He is also the founder of Redeemers’ University of Nigeria (RUN).

Adeboye had planned a career in university administration, but in 1973 he made a personal commitment to Jesus Christ through the founder and first overseer of the RCCG, Josiah Akindayomi. Adeboye was ordained a minister in 1977 and in 1981, following Akindayomi’s death, Adeboye was named general overseer of the RCCG. He has authored 31 books on ministry, faith-based issues and daily devotionals.

The RCCG grew constantly and exponentially under Adeboye’s leadership.  By 1998 it was hosting crowds of worshipers in the millions and Adeboye’s name was becoming known worldwide. He is a recipient of honorary citizenship and keys to the city from Cambridge, Massachusetts, Detroit, Dallas and  Baltimore.

In 2009 he was named one of the World’s Fifty Most Powerful People by Newsweek magazine.

Adeboye has been invited to lead prayers before the general assembly of the United Nations on multiple occasions. He recently commissioned a new church auditorium in Nigeria that will seat a congregation numbering in the millions.

Samford social work associate professor Christson Adedoyin, who helped arrange Adeboye’s visit, said the university will be “uniquely blessed” by the occasion. “I believe his visit will inspire our students, faculty and staff to embrace . . . the goodness of God,” said Adedoyin.

Adeboye’s visit to Samford continues the university’s tradition of hosting a wide array of religious leaders on campus.
Samford is a leading Christian university offering undergraduate programs grounded in the liberal arts with an array of nationally recognized graduate and professional schools. Founded in 1841, Samford is the 87th-oldest institution of higher learning in the United States. The Wall Street Journal ranks Samford 1st nationally for student engagement and U.S. News & World Report ranks Samford 37th in the nation for best undergraduate teaching and 97th nationally for best value. Samford enrolls 5,758 students from 48 states and 22 countries in its 10 academic schools: arts, arts and sciences, business, divinity, education, health professions, law, nursing, pharmacy and public health. Samford fields 17 athletic teams that compete in the tradition-rich Southern Conference, and ranks 3rd nationally for its Graduation Success Rate among all NCAA Division I schools.
Director of Communication
Holly Gainer
Hgainer1@samford.edu
912-344-8443