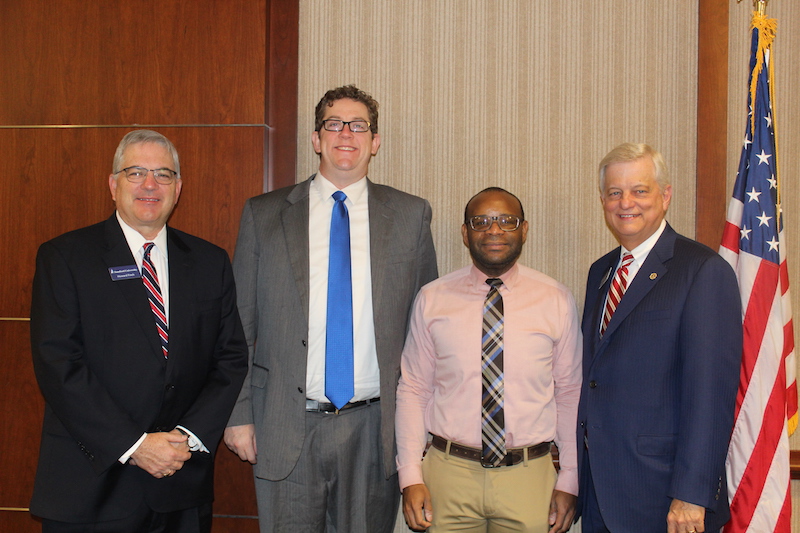 Professor Logan specializes in economic history, economic demography and applied microeconomics. Additionally, Logan is particularly focused on sports betting markets and college football polls. His research looks at how poll voters are influenced by a team’s performance against the betting line, deriving stronger tests for the use of the betting market, and testing for biases in college football poll rankings.

“Athletic competition between schools is an important part of the collegiate experience and one of the major ways that alumni stay connected to their alma mater,” Logan began. “College football is a large industry. Revenues per school for football alone can average $35 million in some conferences and bowl appearances can net as much as $15 million alone.”

Logan went on to mention the polls and how an NCAA football champion is crowned. “College football decides its champion in the oddest way–formerly by polls of sports writers and coaches–now, through a committee who ranks the best four teams. There are no rules for how teams should be ranked, no official guidance. It is a breeding ground for controversy.”

“In the absence of rules, college football fans, coaches and observers have adopted a set of conventional rules about what they think voters take into account when ranking a team,” Logan added.

He then proposed ‘conventional wisdom’ as the basis of his analysis approach. Logan documents three pieces of college football’s conventional wisdom: it is better to lose early rather than late in the season, you have to play a strong schedule, and you need to win by a large margin to impress the voters. He then assembled a large database of all of the games played for the past 25 years (this specific presentation touched on the years 1980 – 2004, but it has since been updated). This data includes his recording of every feature of more than 7,500 football games during the timeframe, information on opponents and information on the poll rankings for teams and their opponents.

After completing his data sets and research, Logan found that the conventional wisdom of college football is wrong. “Teams actually benefit when losing late in the season, AP voters pay no attention to the quality of a defeated opponent, and the benefit of winning by a large margin is negligible,” he said.

“Dr. Logan's expertise covers a wide range of important issues, and his work on college football teaches a very important lesson about conventional wisdom: what ‘everybody knows’ might be wrong,” said Art Carden, assistant professor of economics in Samford’s Brock School of Business.

Logan received his undergraduate degree in economics from University of Wisconsin – Madison and completed two master’s degrees and a Ph.D. at the University of California-Berkeley.  He is a research associate at the National Bureau of Economic Research. He has held visiting appointments at Princeton University’s Center for Health and Well-Being and at the University of Michigan, where he was a Robert Wood Johnson Foundation Scholar in Health Policy Research. He is also an affiliate of the Initiative in Population Research, the Center for Human Resource Research, the Food Innovation Center, and the Criminal Justice Research Center at Ohio State. He currently serves on the editorial boards of Explorations in Economic History, Historical Methods and Demographic Research.