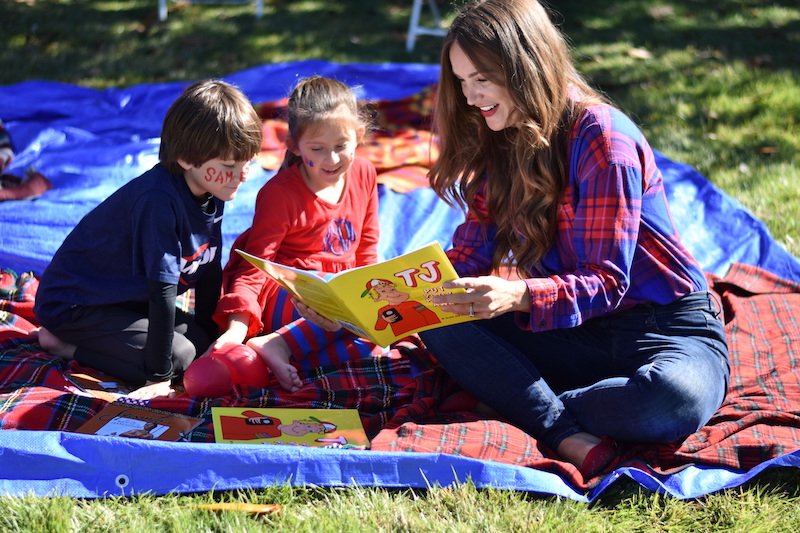 March 1 is celebrated as “National Unplugging Day,” a call for a 24-hour digital detox to encourage uninterrupted connection between family, friends and neighbors. The initiative comes in response to increased time spent attached to phones and tablets, which studies have reported as being more than five hours a day.

For Erin Gilchrist, Samford assistant professor and director of secondary education, it was important to find a way to start the conversation early. Gilchrist and her husband Blake worked together to write and illustrate a children’s book, TJ Put Your Phone Away. The book tells the story of TJ, a young man who misses the real world due to the attention paid to his hand-held technology.

“Many researchers now agree that as the amount of screen time goes up, the academic achievement, attention span, and language skills go down. Screen time at a young age can lead to habits for life that decrease social skills and unfortunately increase depression,” said Gilchrist. “Screens are the new addiction, and it’s not only affecting young people, but it’s affecting us all. As a parent, I’ll be the first to say it’s easier said than done, but there are several measures that families can take to reduce screen addiction.”

Tips on how you and your family can reduce screen time: