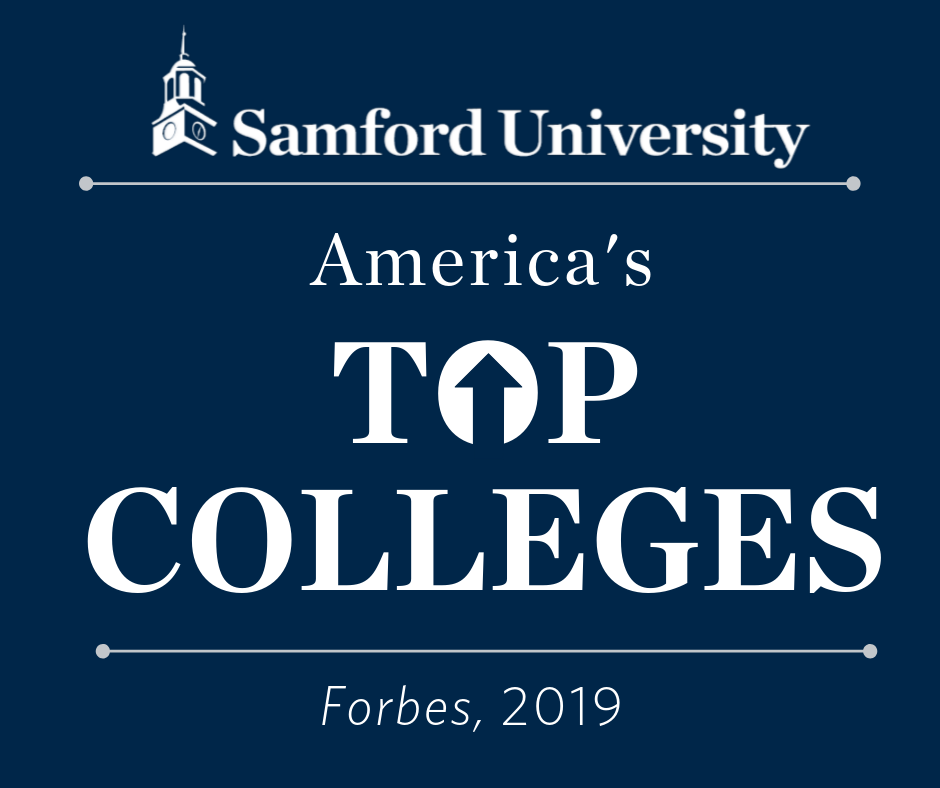 Samford moved up 32 spots in this year’s list and is the top ranked private university in Alabama. Forbes ranks Samford #32 in the South and #169 nationally among all private and public colleges and universities. Considering there are 4,300 degree-granting postsecondary institutions in the U.S., this ranking places Samford in the top four percent of all colleges and universities in the country.

According to Forbes, “Whether a school is in the Top 10 or near the bottom of the list, these 650 count as the best in the country. We include just 15% of all degree-granting postsecondary institutions in the U.S., so appearing here at all is an indication that a school meets a high standard.”

Samford places heavy emphasis on career counseling and preparing its students for success upon graduation. The university continually monitors and reports on the placement of its recent graduates. In recent years, 96% of all undergraduate alumni have been employed, enrolled in graduate school or pursuing postgraduate internships within six months of graduation.

“Offering our students rigorous academic programs at an accessible cost is a top priority for Samford,” said Betsy Holloway, Samford’s vice president for marketing and communication. “Our success in this effort is affirmed not only by the latest Forbes ranking but also our continued growth in enrollment, strong student retention rate and exceptional student outcomes.”