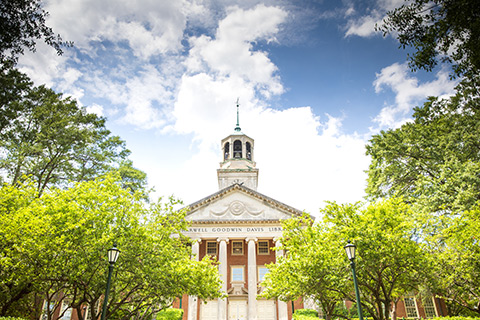 The Executive Committee of Samford University’s Board of Trustees approved new faculty appointments, campus renovation budgets, and candidates for summer graduation during its virtual meeting on June 22.

Fifty-five candidates for summer graduation were approved by the trustees. Following their vote, trustees continued their long-standing tradition of praying for the students as they prepare to graduate. Nine new faculty members in School of the Arts, Brock School of Business, Cumberland School of Law, and Howard College of Arts and Sciences were also approved.

A highlight of the meeting was the approval of a resolution to name the newly created executive board room in Samford Hall in honor of long-time trustee and chairman, William J. “Bill” Stevens. Stevens, a 1970 graduate of the university, is a recognized leader in the Birmingham business and civic community and previously served as president and CEO of Motion Industries, Inc. Stevens was elected to serve on the Samford Board of Trustees in 1997 and has since served in several leadership roles, including trustee chair for terms totaling more than 10 years.

The university’s operating budget for fiscal year 2022 was reviewed and accepted during the meeting. An update on the university’s Forever Samford campaign reported receipt of cash, property and pledges exceeding $235.6 million, representing nearly 80% of the $300 million campaign goal. Trustees also received reports on the university’s response to COVID-19, operations and planning, enrollment, advancement, and marketing.