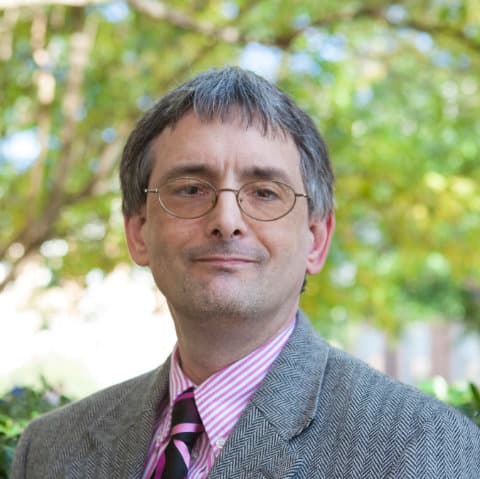 Pharmacy professor Robert Riggs and his wife, Misty, are planning to move back to their home state of Indiana following his retirement this summer. It will be a move postponed more than two decades by a chance meeting at a church homecoming in the early ’90s.

“The associate dean at that time at McWhorter School of Pharmacy stopped us as we were getting ready to leave and told us about a faculty opening,” said Riggs. “At lunch a few miles down the road, my wife informed me that the Lord wanted us in Birmingham.”

It was an episode that led to Riggs joining the Samford pharmacy faculty in 1994. He has spent the past 26 years teaching medicinal chemistry in the pharmaceutical sciences core courses and conducting research at McWhorter.

“I loved working at Samford,” Riggs said this spring. “I had the best job in the world.”

He said he enjoyed interacting with students and colleagues the most, but also enjoyed research. Highlights included helping to get drug discovery and development research going in the pharmacy school and serving in various capacities with the American Association of Colleges of Pharmacy.

Riggs said the most significant change in his field was the “expansive increase in the number of drug classes” being taught. “It challenges not only educators to change how we teach, but how pharmacists do their jobs on a daily basis,” he said.

So once again, Riggs and his wife are planning to move to Indiana when he retires Aug. 7. What will he do?

“Some research, some woodworking and perhaps some work part time.”

Their plan is relocate to Madison, Indiana, on the Ohio River.