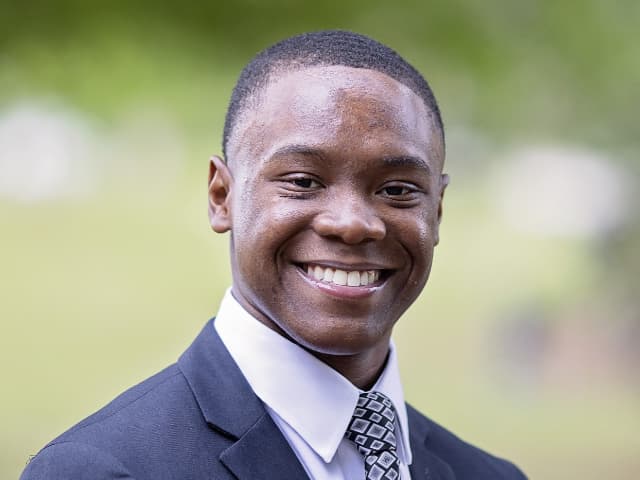 Samford University’s IMPACT program led by the Office of Diversity and Intercultural Initiatives promotes a successful social and academic experience to underrepresented groups on campus. The goal of IMPACT, which stands for Inspiring Minorities to Pursue Academics and Community Together, is to increase the academic, career and social success of minority students during their first year on campus by helping them develop a sense of community.

In April, five current members of the program were tapped to lead Samford’s student body on the Student Government Association’s (SGA) executive board. The new leaders for the 2022-2023 academic year include Micaiah Collins, a rising junior who will serve as president; and James Jefferson, a rising sophomore who will serve as vice president for senate. Collins and Jefferson will be joined by Dionna Davis, who was installed as chief justice; Meera Patel, who will serve as chaplain; and Jadyn Kilgore, who will serve as the executive director of diversity, a new SGA position for the upcoming year.

Here, Jefferson discusses how the IMPACT program has prepared him for leadership and shares his excitement for being part of the 2022-2023 SGA executive board.

How did the IMPACT program prepare you for leadership on campus?

The IMPACT program has consistently and immensely prepared me for leadership on campus. The support and commitment to enhancing student leaders by the IMPACT leadership staff cannot be overstated. The program truly cares about the development of diverse student leaders, and that support not only prepared me for leadership on campus, but ultimately, the program is preparing me and my fellow students to become productive members in society.

What do you most look forward to in your new role as SGA vice president of senate?

Being able to help promote the most inclusive, impactful and intentional Student Government Association gives me a great sense of eagerness and anticipation in this new role. SGA is truly the most powerful organization on campus and being able to help cultivate an environment that affects positive change is such an honor.

Do you have any initial thoughts or ideas about how the SGA can/will enhance diversity initiatives for Samford students over the next year?

As SGA vice president for senate, fellow senators and I have the privilege of allocating the necessary funds to over 100 organizations on campus. Many of these organizations consist of members from underrepresented communities on campus. We plan to meet directly with each organization on campus to gain a better understanding of their needs and desires. Furthermore, this understanding will help us better serve and enhance diversity initiatives for Samford students.