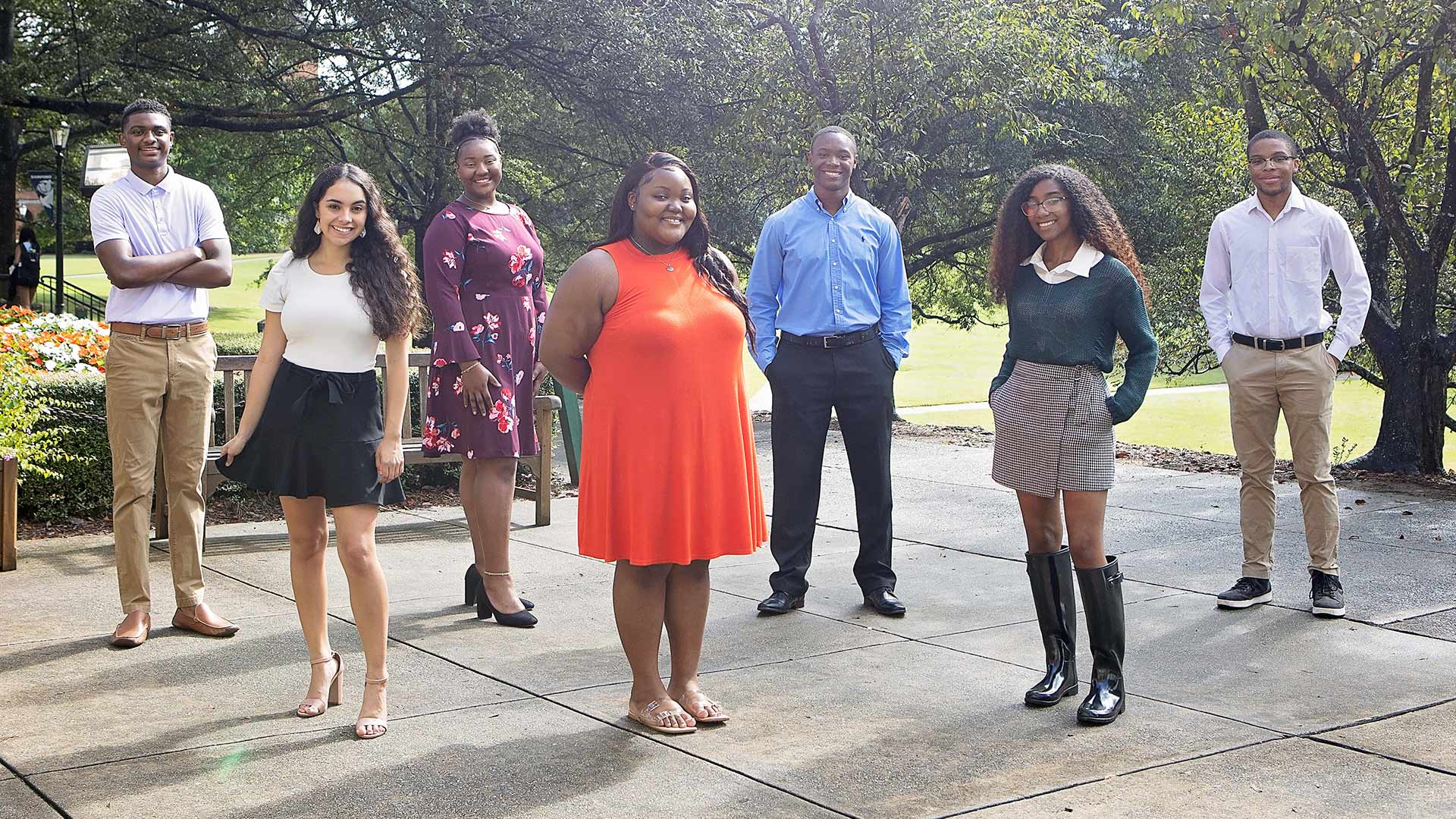 Meet the first class of Samford’s Ragland Scholars, the new cohort experience which aims to orchestrate an intentional learning community connecting multi-cultural student leaders with an enhanced Samford experience. The program is named for Elizabeth Sloan Ragland who, in 1969, became the first black undergraduate student to live in campus housing at Samford. 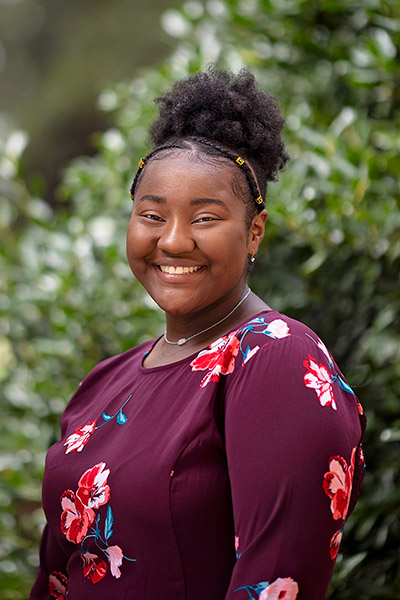 Caley Ingram is a public health major on a predental track who is from just outside of Atlanta, Georgia. Prior to coming to Samford, Ingram was involved in her church’s children’s ministry and served as a summer camp leader and the children’s ministry intern. Ingram became interested in the Ragland Scholars program because she was excited about the opportunity to be a part of a group that shared similar interests and fosters academic growth and leadership development.

“Paul mentions in 1 Corinthians 12:12-26 that just as our bodies have many working parts, believers should also use their differences to work together to complete the Lord’s work,” Ingram said. “I want to help contribute to and continue to cultivate the environment at Samford that understands and appreciates God’s divinity and creation of diversity.”

While at Samford, Ingram hopes to receive a solid education that will help her build the footing to achieve her dreams.

“After personal reflection and experience, I better understand and appreciate that a full and complete education cannot strictly come from a classroom setting. A complete education extends beyond books and lectures to help optimize the preparation to achieve aspirational and challenging career paths,” Ingram said. “During my time here, I hope to continue to build a proper foundation on which I can grow upon in my future endeavors.”

In addition to her academic studies, Ingram hopes to be involved outside of the classroom through student organizations that share similar interests.

“I cannot wait to see how God works through the wonderful people who comprise the Ragland Scholars program as we work towards cultivating an environment that embraces our beautiful differences as well as seek to make a meaningful impact on campus and beyond,” Ingram said. 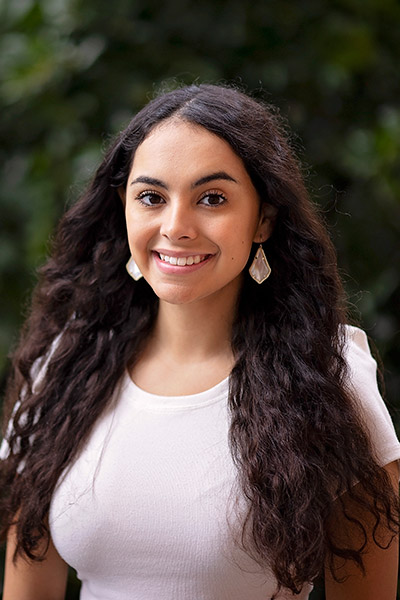 Gabriela Aleman is dedicated to serving others in her community. Prior to coming to Samford, she was engaged in her community by volunteering in nursing homes as well as working with children with disabilities.

“I am a people person and have a heart for others and their well-being. This is why I have chosen to pursue the nursing field,” Aleman said.

Aleman said she fell in love with the campus when she first came to tour Samford. She felt that the school would help her reach her personal and professional goals.

“I knew that here I would grow academically, relationally and, above all, spiritually,” Aleman said. “Knowing that I wanted to be a nurse, Samford was an amazing option due to its wonderful and respectable nursing program, as well as having amazing professors and faculty that would push me to reach my full potential.”

After hearing about the Ragland Scholars program, Aleman became inspired and knew that she wanted to be a part of it.

“As a Hispanic student and understanding that there is a small population of us present at Samford, I knew that I would love to be part of promoting diversity on this campus,” Aleman said.

During her time at Samford, Aleman says she wants to grow spiritually, relationally, intellectually and academically. She says she chose Samford because she knew the school would prepare for not only the workforce, but also for life.

“I know that nursing school will not be easy, but I know it will be worth it. I trust that God will be with me every step of the way, and that my hard work will pay off in the end,” Aleman said. 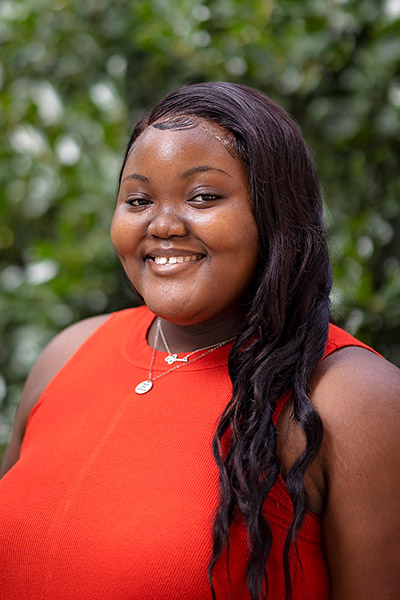 Hannah White is an entrepreneurship major from Tuskegee, Alabama, who was selected as a Ragland Scholar. Prior to coming to Samford, White was involved as an active member of Girl Scouts, American Cancer Society Relay for Life, student government, the youth department at her church, and as a class representative for all four years in high school.

“This school was by far one of the best choices I’ve ever made in my life because I loved the atmosphere from when I walked on campus for my tour, and the benefits through my major were a bonus. I’m excited that I decided to attend Samford, and I look forward to building friendships and establishing more connections,” White said.

White came across the Ragland Scholars program through her counselor at her high school. She was excited to see a college program that promoted social and academic excellence for people of color. White immediately applied and was invited for an interview where she shared her story and why she wanted to be a part of the program.

“For me, being a Ragland Scholar feels like I just got hired and already received a promotion. I’m grateful for the staff deeming me worthy enough to be a Ragland Scholar,” White said. “Honestly, I know that I’m going to excel in this program because I have people, that look just like me, here to support me.”

White says she looks forward to being involved in student organizations and to forming new relationships with the other members of the Ragland Scholars program. 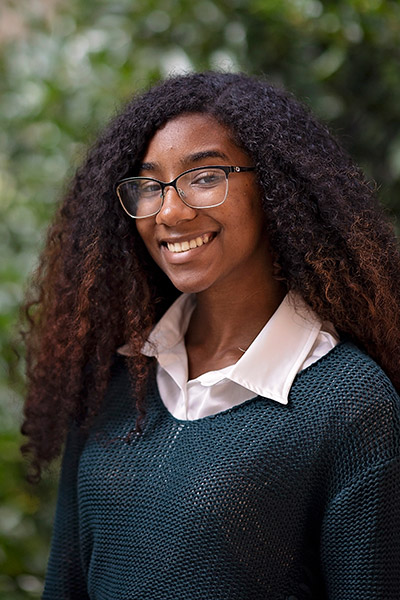 Iman Grace Bell came to Samford because she saw an opportunity to make an impact on a place that was like a second home for her.

“Both of my parents attended Besson Divinity School when I was a toddler. Now that I am a student here, I feel it is my turn to do the work, add to the conversation, represent the underrepresented, and open up doors for others who look like me,” Bell said.

Originally from the Birmingham area, Bell previously was engaged with the YouthServe's Youth Philanthropy Council, where she advocated and served communities that have endured domestic abuse, oppression, poverty and the effects of gang violence. Bell felt that the Ragland Scholars program aligned with her interests and past community involvement.

“The first multicultural scholarship at Samford University sparked my interest because I believe this is the first step into the right direction for Samford as they aim to have a more diverse community,” Bell said.

Bell is majoring in history with a legal concentration. During her time at Samford, she hopes to be someone who encourages change in perspectives and to be an advocate for others.

“I look forward to being able to have any real dynamic change in how our university deals with race and the lack of diversity and inclusion, we must open these spaces where bonds can be created so barriers are broken. I am looking forward to being part of a learning environment that is real and open to the truths of our differences as a multicultural community,” Bell said.

Community service has long been an integral part of James Jefferson’s life. Originally from Shreveport, Louisiana, Jefferson grew up in a family of community leaders, public servants and law enforcement officials. Jefferson says this helped him realize the importance of community. Prior to coming to Samford, he was heavily involved in his high school’s student and faculty advisory council. The advisory council aimed to promote an environment that was inclusive, dedicated, and committed to the needs and desires of others. The Ragland Scholars program felt like a natural fit for him.

“Being able to participate in an organization named after and dedicated to the trailblazer Elizabeth Sloan Ragland not only sparked my interest, but it ultimately inspired me to want to be a part of this wonderful cohort. I truly believe that diversity is one of the single greatest gifts one could receive in participating in whatever your heart desires,” Jefferson said. “The Ragland Scholars Program not only offers diversity but being able to hear, understand, and empathize with different perspectives and backgrounds ultimately helped drive my interest in the program.”

Jefferson says there are not enough words to express the feeling of being able to call himself a Ragland Scholar.

“It is my hope that I am able to become the best version of myself that God has envisioned for me before my time here at Samford has concluded. After just recently being named freshman class president, it is my hope that I am to help cultivate an environment that is inclusive for all students while being able to serve as that voice for students,” Jefferson said. 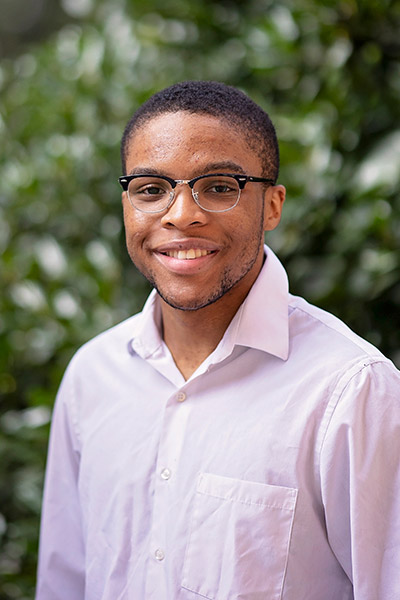 Myles Wynn always wanted to follow in his father’s footsteps. But when he chose Samford, it wasn’t just because it was the university his father attended, it was also due to its academic reputation and its distance to his hometown of Pelham, Alabama. He became interested in the Ragland Scholars program while researching college and felt that he would be a good fit.

Wynn says he wants to grow as a person and become a leader that people can depend on while at Samford.

“I have the determination and work ethic to become a leader in what I do. Being a Ragland Scholar is a good opportunity to show what I can do in this program,” Wynn said.

Also, Wynn says wants to build connections with his fellow scholars and mentor and to establish long-term relationships that will last beyond his time at Samford.

“To accomplish my goals I have to get outside my comfort zone. I want to not just be involved in classes but just around campus as well, joining clubs or intramural sports. I want to be able to show people that I can be a guy who can step up and be a leader,” Wynn said. 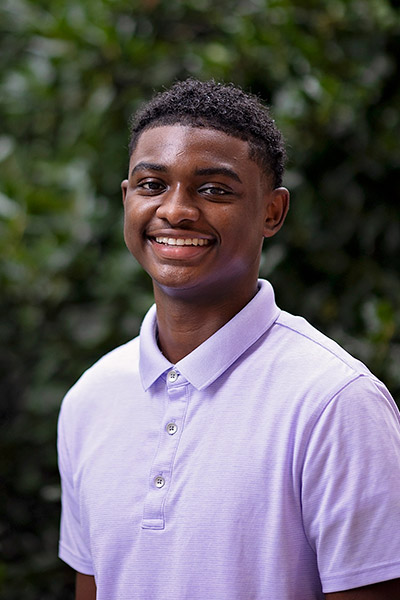 Jon Coley is originally from Montgomery, Alabama. Prior to coming to Samford, he was involved in his community through volunteering with an organization that transforms and improves homeless shelters and academic tutoring.

“The Ragland Scholars program seemed as though I would be in a program where people of color are encouraged towards academic excellence. I wanted to be in a social community of diverse people that would have similar mindsets and goals as myself,” Coley said.

Coley was excited when he was named a Ragland Scholar and felt that it would push him in a positive way.

“It gives me the drive to continue to strive for academic excellence and want to lead and empower just as Ms. Elizabeth Sloan Ragland did before me,” Coley said.

A prepharmacy major, Coley came to Samford to be challenged academically and for the school’s fast-track Pharm.D. program.

“Samford’s rigorous fast-track prepharmacy program will provide me with the necessary challenges to develop my knowledge and skills to succeed in the field of pharmacy,” Coley said.

During his time at Samford, Coley hopes to maintain a high enough GPA to be included on the dean’s list and to be involved in diversity organizations. He also looks forward to participating in volunteer groups and organizations that work throughout Birmingham.

“I am looking forward to the academic enrichment and excellence standards that will help me to work harder from the Ragland Scholars Program. I am also looking forward to meeting a new community of people who appear similar to me while having the same academic intentions and desires,” Coley said.