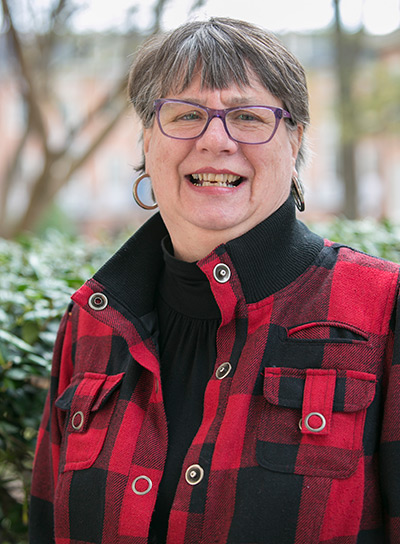 The Robin D. Snyder Endowed Fund in support of the Ragland Scholars was established in December 2021 with gifts totaling $25,000 from Robin Snyder, a former professor in Samford University’s Art Department who served the university for 32 years.

The Ragland Scholars initiative launched in advance of the 2021-2022 school year aims to orchestrate an intentional learning community connecting multicultural student leaders with an enhanced Samford experience. The program is named for Elizabeth Sloan Ragland who, in 1969, became the first Black undergraduate student to live in campus housing at Samford. Seven students were selected for the program’s inaugural cohort.

Raised in Birmingham during the Civil Rights era, Snyder saw firsthand the inequities and the opposition to inclusion. While on Samford’s faculty, she taught thousands of students, served as the chair of the Art Department chair and as the Samford faculty chair, as well as on numerous university committees, including the Diversity Committee. Now retired, she shared why she is so passionate about giving back to such an important initiative.

She said, “I felt the one thing that would benefit the entire Samford community the most would be to help advance Samford’s goal of having a more diverse campus community. It is my hope that through the Ragland Scholars program that Samford will be able to attract and support a diverse group of students who will enhance the educational experience for all students on campus. I have every confidence in Denise Gregory’s leadership and vision and am glad I was able to donate to the program.”

Gregory, who serves as Samford’s associate provost for student success and diversity and inclusion said, “I am truly grateful for her contribution and the generosity of all donors that support our continued work to enhance our diversity, equity and inclusion programs here at Samford.”

Jon Coley from Montgomery, Alabama, is a member of the inaugural Ragland Scholars class and is pursuing Samford’s fast-track pharmacy degree.

In reflecting on his first year in the program he said, “My first year being a part of the Ragland Scholars cohort has been exceptional. It has allowed me to be intentional within my studies and within the Samford community. Without Mrs. Snyder’s donation and the Ragland Scholars scholarship, I would never have gotten the opportunity to attend Samford University. This would have denied me of the rapport I have made with various peers and faculty, my spiritual cultivation I have undergone, and my academic enrichment that Samford has provided.”