Published on March 2, 2016 by Jacqueline Taylor   Share this on: 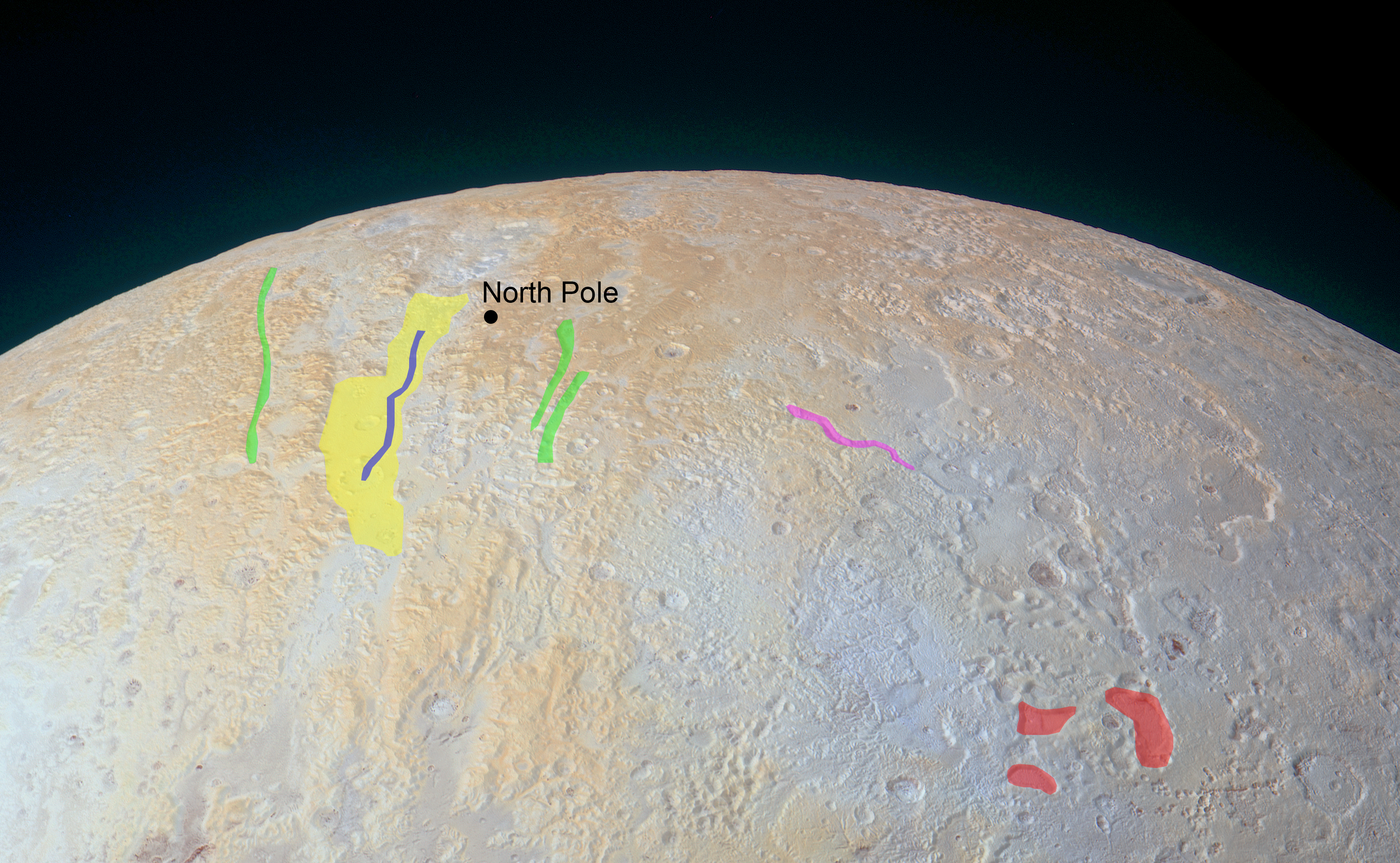 New Horizons, 21,100 miles from the planet, took the image below with the frame’s bottom edge measuring 750 miles of terrain. The region shown in the image is called Lowell Regio, named in honor of the Lowell Observatory’s founder, who is also responsible for encouraging the search that would eventually lead to Pluto’s discovery. The yellow areas seen in the image of Pluto’s north pole below dictate the highest points of elevation, while the transitioning blue-gray colors reference the lowest points. The colors are real but have been enhanced to clearly show the difference in elevation. Scientists are unsure why the high terrain is yellow, but one possibility is that older deposits of methane in these areas have been more processed by solar radiation. Canyons across the Lowell Regio similarly have degraded walls, signifying that they are significantly older than other canyons across Pluto, and remain from an age in which tectonics defined the landscape. The widest canyon stretches roughly 45 miles, and in equal width are several shallow pits, which were likely caused by ground collapse when subsurface ice melted and sublimed. Stay tuned for more amazing discoveries about everyone’s favorite ex-planet as more data is sent from New Horizons over the course of the coming year.