The Jeanne Clery Disclosure of Campus Security Policy and Campus Crime Statistics Act, codified at 20 USC 1092 (f) as a part of the Higher Education Act of 1965, is a federal law that requires colleges and universities to disclose certain timely and annual information about campus crime and security policies.

The Jeanne Clery Disclosure of Campus Security Policy and Campus Crime Statistics Act, codified at 20 USC 1092 (f) as a part of the Higher Education Act of 1965, is a federal law that requires colleges and universities to disclose certain timely and annual information about campus crime and security policies. All public and private institutions of postsecondary education participating in federal student aid programs are subject to it. Violators can be fined up to $35,000 by the U.S. Department of Education or face other enforcement action.

The law, originally enacted by the Congress in 1990 as the Campus Security Act, was championed by Howard & Connie Clery after their daughter Jeanne was murdered at Lehigh University in 1986. They also founded the non-profit Security On Campus, Inc. in 1987. Amendments to the Act in 1998 renamed it in memory of Jeanne Clery.

Schools have to publish an annual report every year by Oct. 1 that contains three years’ worth of campus crime statistics and certain security policy statements including sexual assault policies which assure basic victims' rights, the law enforcement authority of campus police and where students should go to report crimes. The report is to be made available automatically to all current students and employees while prospective students and employees are to be notified of its existence and afforded an opportunity to request a copy. Schools can comply using the Internet so long as the required recipients are notified and provided the exact Internet address where the report can be found and paper copies are available upon request. A copy of the statistics must also be provided to the U.S. Department of Education.

Each school must disclose crime statistics for the campus, unobstructed public areas immediately adjacent to or running through the campus, and certain non-campus facilities including Greek housing and remote classrooms. The statistics must be gathered from campus police or security, local law enforcement, and other school officials who have "significant responsibility for student and campus activities" such as student judicial affairs directors. Professional mental health and religious counselors are exempt from reporting obligations, but may refer patients to a confidential reporting system which the school has to indicate whether or not it has.

Crimes are reported in the following eight categories, with several subcategories:

Schools are also required to report the following types of incidents if they result in either an arrest or disciplinary referral:

If both an arrest and referral are made, only the arrest is counted.

The statistics are also broken down geographically into on campus, residential facilities for students on campus, noncampus buildings, or on public property such as streets and sidewalks. Schools can use a map to denote these areas. The report must also indicate if any of the reported incidents or any other crime involving bodily injury was a hate crime.

Schools are also required to provide timely warnings and a separate more extensive public crime log. It is these requirements that are most likely to affect the day-to-day lives of students. The timely warning requirement is somewhat subjective and is only triggered when the school considers a crime to pose an ongoing threat to students and employees while the log records all incidents reported to the campus police or security department.

The log must be publicly available during normal business hours. This means that in addition to students and employees, the general public such as parents or members of the local press may access it. Logs remain open for 60 days and subsequently must be available within two business days of a request.

Crime statistics as prescribed by the Crime Awareness and Campus Security Act of 1990, now the Jeanne Clery Act 1998, shall be compiled in accordance with the definitions used in the uniform crime reporting system of the Department of Justice, Federal Bureau of Investigation, and the modifications in such definitions as implemented pursuant to the Hate Crime Statistics Act, and The Higher Education Amendments of 1992 on Campus Sexual Assault Information.

Crimes to be Reported

Murder and non-negligent manslaughter, as defined in the Uniform Crime Reporting Program, is the willful (non-negligent) killing of one human being by another. The classification of this offense, as for all other Crime Index offenses, is based solely on the police investigation as opposed to the determination of a court, medical examiner, coroner, jury or other judicial body. Not included in the count for this offense classification are deaths caused by negligence, suicide, or accident; justifiable homicides; and attempts to murder or assaults to murder, which are scored as aggravated assaults.

Forcible Rape: The carnal knowledge of a female forcibly and against her will. Included are rapes by force and attempts or assaults to rape. Statutory offenses (no force used—victim under the age of consent) are excluded. Prostitution and Commercialized Vice: Sex offenses of a commercialized nature, such as prostitution, keeping a bawdy house, procuring or transporting women for immoral purposes. Attempts are included. Sex Offenses (except forcible rape, prostitution and commercialized vice): Statutory rape and offenses against chastity, common decency, morals and the like. Attempts are included.

Robbery is the taking or attempting to take anything of value from the care, custody or control of a person or persons by force or threat of force or violence and/or by putting the victim in fear.

Aggravated assault is an unlawful attack by one person upon another for the purpose of inflicting severe or aggravated bodily injury. This type of assault is usually accompanied by the use of a weapon or by means likely to produce death or great bodily harm. Attempts are included since it is not necessary that an injury result when a gun, knife or other weapon is used that could and probably would result is serious personal injury if the crime were successfully completed.

The Uniform Crime Reporting Program defines burglary as the unlawful entry of a structure to commit a felony or theft. The use of force to gain entry is not required to classify an offense as burglary, which in the program is categorized into three sub-classifications: forcible entry, unlawful entry where no force is used and attempted forcible entry.

Defined as the theft or attempted theft of a motor vehicle, this offense category includes the stealing of automobiles, trucks, buses, motorcycles, snowmobiles, etc. The definition excludes the taking of a vehicle for temporary use by those persons having lawful access.

Arson is a criminal offense in which a person knowingly or negligently damages a building or property by starting a fire of causing an explosion. Arson is a form of vandalism.

Hate crimes include all reported crimes in the general disclosure as well as any other crime involving bodily injury and reported to local police or campus security authorities. Hate crimes are words or actions used to intimidate or subject a person(s) to tyranny that occurs as the result of the victim being of a particular group. Groups that may be affected by bias-motivated crimes include: ethnic groups, religious groups, gender, disability, race and sexual orientation. Hate crimes can include but are not limited to physical attacks, rapes, bombing, murders and terroristic threats. 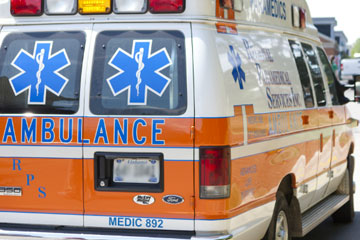