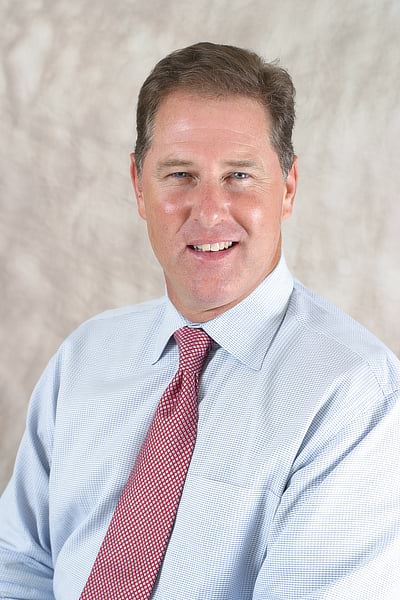 Samford University alumnus and director of athletics Martin Newton has transformed the Bulldogs into one of the Southern Conference’s most successful programs since taking the helm of the department on March 9, 2011.

A recognized leader in collegiate athletics, Newton began a four-year appointment to the NCAA Division I Council and the Men’s Basketball Oversight Committee on July 1, 2019. The Division I Council is a high-level group responsible for the day-to-day decision-making for Division I while the Men’s Basketball Oversight Committee ensures that appropriate oversight of men’s basketball is maintained and makes recommendations related to regular-season and postseason events. Additionally, he was recently appointed to the NCAA Council Coordination Committee (CCC).

On the fields and courts, the Bulldogs have captured 52 Southern Conference regular season and tournament championships during his tenure, including a school record nine titles in 2020-21. The total broke the old record of eight titles, set the previous year, a season shortened by the cancellation of spring sports due to COVID-19.

Academically, the school’s student-athletes have also posted outstanding results in the classroom, with 1,641 Bulldogs being named to the SoCon Academic Honor Roll. Samford’s student-athletes posted an impressive 99% in the most recent NCAA’s Graduation Success Rate (GSR) report, tying for the top score nationally among all Division I institutions.

Facility enhancements have also been a hallmark of Newton’s tenure with the Bulldogs. Phase I of the Seibert Stadium project was completed in August 2019 and was 100 percent donor funded. The new state of the art Daktronics video board is the second largest in the Southern Conference and included a significant upgrade to the sound system. Phase II, which is scheduled to be completed prior to the 2021 season, includes a complete renovation of the Bashinsky Press Tower, new premium seating on the west side of the stadium and renovations to the east side Gate House.

In the spring of 2017, a goal of Newton’s was realized when the inaugural class of the Samford Athletics Hall of Fame was inducted. The first-class facility is housed on the third floor of the Pete Hanna Center, and includes inductee plaques and displays, along with a display of important moments in Samford Athletics history and another honoring all of the school’s conference and NCAA champions.

Samford also completed a new softball stadium and the J.T. Haywood Fieldhouse, a state-of-the-art indoor hitting facility for Bulldogs baseball and softball, under Newton’s watch in the spring of 2013.

He has also negotiated an exclusive university-wide footwear and apparel deal with Nike, helped lead the way on a university-wide licensing agreement with the Licensing Resource Group and successfully transformed the antiquated radio network into an industry leader in campus-led broadcast production with all Samford home athletic events airing on ESPN3 or ESPN+.

The Tuscaloosa, Ala., native, started the Samford Strong Leadership Academy in 2014. The academy is a program jointly developed between the Athletics Department and the Frances Marlin Mann Center for Ethics and Leadership. Its mission is to bring successful athletes to campus to share their personal stories and the importance of faith and character to success in all areas of life for Samford’s student-athletes.

He has also been recognized nationally for his work, as Newton was named to the NCAA Leadership Cabinet for the 2013-14 and 2014-15 seasons.

A 1983 Samford graduate with a degree in business, Newton was a four-year letter winner in men’s basketball and was an All-Conference honorable mention selection in 1980.

Following graduation, he worked in sports marketing for Converse for 13 years. Newton then spent 13 years in a similar capacity at Nike.

Prior to his return to Samford, Newton was hired at the University of Kentucky in 2009, where he managed the budget, fund-raising, compliance, scheduling, marketing and academic support for the men’s basketball program.

Newton and his wife, Cindy, have three grown children, Katie, Madison and Charles. They also have two grandsons, Charlie and Sawyer.