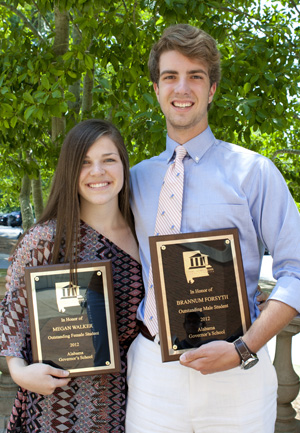 Forsyth and Walker were chosen by AGS students, faculty and staff on the basis of their participation and overall interest shown during the session.  They were among 80 participants from high schools in 27 counties.

Forsyth, a student at Spain Park High School, is the son of Peggy and Stephen Forsyth.

Walker, a student at Fairview High School, is the daughter of Bonnie Walker and Randy Wood.