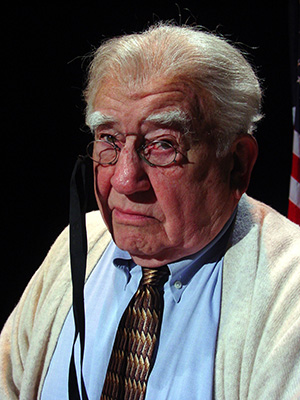 Samford University's Wright Center Presents Series continues Jan. 28 with Ed Asner Starring as FDR. The celebrated actor takes to the stage to bring his one-man show for an unforgettable evening of theatre, according to Jaime Davidson, Wright Center assistant director.

Asner, recipient of seven Emmy Awards for "The Mary Tyler Moore Show" and "Lou Grant," will star in the solo performance drama, "FDR," based upon Dore Schary's hit play "Sunrise at Campobello", which ran 70 weeks on Broadway. Asner also has 16 other Emmy nominations, five Golden Globe Awards, and is a member of the TV Academy Hall of Fame.

FDR explores the life of one of America's best-loved presidents and the events and decisions that shaped a nation, Davidson said. The play follows the iconic president as he reflects on his years in office, from inauguration to the trials of World War II.