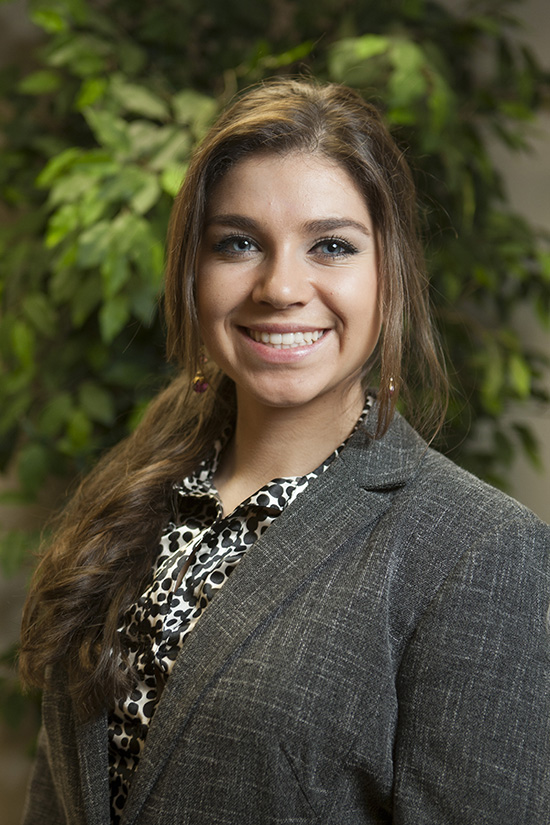 From California to Alabama for softball at Samford University, and now to New Jersey to begin a career with a global business and financial information and news leader.  That's Julianne Surane's recent travelogue.

After Surane receives her bachelor's degree in business administration from Samford's Brock School of Business on Saturday, Dec. 14, the finance major will head to Princeton, N.J., for a Bloomberg Global Data Training Program. The intensive eight-week program will prepare her for a position as a data analyst with the company.

The Samford leg of Surane's journey began when she was recruited to play softball out of La Reina High School in California. She was a second baseman and leadoff hitter for the Samford Bulldogs until a career-ending shoulder injury in February.

Academically, she knew she wanted to pursue a business field, but thought it would be marketing. After her first finance class with professor Steven Jones, however, she "fell in love" with the subject.

"I love numbers and although I am creative, I think more in a financial and economic way," said Surane.

During an upper-level finance course, she used a Bloomberg terminal to research the basic financial data of companies. "I was amazed at how much other information the terminal had to offer," said Surane, referring to special software acquired by the business school to help students keep up with the economy and financial markets in real-time.

She soon became chief information officer of the student-managed Bulldog Investment Fund, which helps teach the science and art of investment management.

Her Bulldog Fund role included conducting investment research and analysis using a Bloomberg data terminal, "for hours at a time," recalled Surane, who soon decided to research Bloomberg itself.

"The company is extremely strong and elite, and it seemed like a great environment to work in," said Surane, who was encouraged to pursue a job interview by Samford business professor Rusty Yerkes.

Acceptance to the highly competitive Bloomberg training program came after an application process and several rounds of interviews by phone and in person in New Jersey. "I was asked questions ranging from 'walk through your resume' to 'what are your thoughts on the economic environment today,'" Surane said of the preliminary sessions.

"Once those rounds were complete, I was sent to the final interview with the head recruiter and was subsequently offered the position," said Surane. The training program includes exams and projects that will enable Bloomberg officials to see what field the newly-minted graduate is most suited for.

Surane expects to then be placed on a data team that specializes in a specific area such as fixed income, economics or equities.

Although the early-season injury curtailed her senior season on the Samford softball team, Surane believes that blessings "come in strange packages."

"Because of the injury, I cancelled all softball plans for that summer and focused on getting an internship," she said.  That determination landed her a job as a 2013 summer intern with J.P. Morgan Securities in Century City, Calif., near her hometown of Newbury Park. The internship, she said, "was one of the hardest, yet best experiences of my life."

During her medical recovery and career decision process, Surane says she felt the support of the business school faculty.

"We strive to prepare our students for professional success and spiritual growth through our excellent programs and faculty mentorship within the Brock School of Business," said business dean Howard Finch.  "We are proud of Julianne's success."

Surane will be among about 250 Samford seniors receiving degrees during fall commencement Saturday at 10 a.m. in Wright Center on the campus.