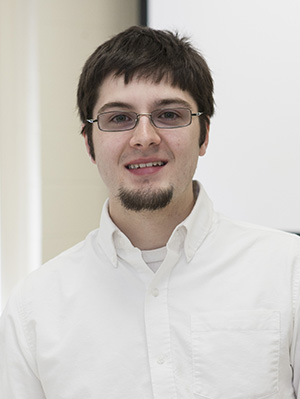 Samford University student Clayton Hurdle and veteran employee Elizabeth Wells have been chosen as Samford's first "brand ambassadors" of the month. The designation is a new initiative by Samford's Office of Marketing and Communication to recognize members of the Samford community who positively represent the Samford brand.

Hurdle's nomination by a fellow student noted that he "is always supporting Samford Athletics by showing up at events and being one of the most vocal supporters during games. He can be seen playing in the pep band at football and basketball games, and [he] also attends other events such as volleyball games while wearing Samford gear. He definitely brands Samford!"

Hurdle is a junior journalism and mass communication major from Hendersonville, Tenn. In addition to his band involvement, he writes for the Samford Crimson.

Wells was nominated by an alumnus and community member who has benefited from her assistance as director of Samford's Special Collection in Harwell G. Davis Library. "[Special Collection] which she heads, is used by many visitors who might not ever step foot on the Samford campus otherwise," said the nomination." They come from all over the country for the rare resources the SC houses. They are researchers, both amateur and professional genealogists, historians, and representatives of churches from across the state, among others. Mrs. Wells was the face of Samford to all of these people who might not interact with anyone else while on campus. When I was a student worker in the SCL in 1997, every day I witnessed her treat each visitor as a welcomed VIP, and she ensured that her student workers and full-time employees also treated the visitors with the same warmth. And she also took the time to mentor, counsel, and love each of her student workers. When many people across the country think of the face of Samford, they think of Liz Wells and they think well of Samford because of her." 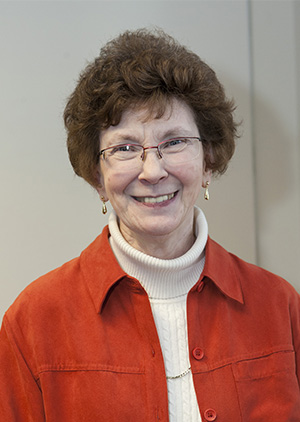 Wells has served at Samford since 1975. In 2012, she received the Jennings Marshall Service Award for significant and sustained service contributions to the university.

Hurdle and Wells were notified of their selection with surprise visits by Office of Marketing and Communication staff members. All brand ambassadors of the month will be honored at a year-end event.

Both Hurdle and Wells exemplify the spirit of the Samford brand, said Philip Poole, executive director of the Office of Marketing and Communication. "Every member of the university community represents Samford in all that they do, and there are no finer examples as our first honorees than Clayton and Liz. It is important for us to follow their examples and recognize that we all are brand ambassadors."

Nominations for Samford brand ambassadors can be sent via email to samnews@samford.edu.