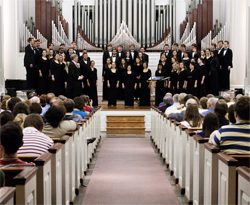 There’s still time to join in the fun of The Pajama Game, starting this Thursday.

Get your Pajama Game tickets here!

The Jazz Ensemble will conclude its season April 30 at 7:30 p.m. in Brock Recital Hall