National Houses of Worship Get Close Look From Samford's Bains 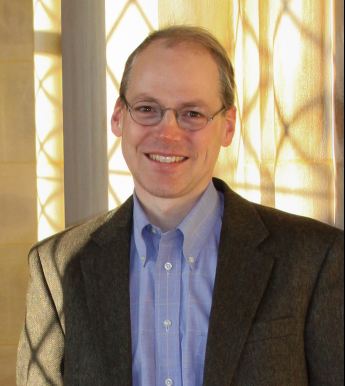 Washington National Cathedral and other national houses of worship in the nation's capital have fascinated Samford University religion professor David R. Bains since he was in middle school.

As a specialist in the history of religion in the U.S., Dr. Bains employs scholarly research to help explain the how and the why behind various religious groups' efforts to establish these special places.

Historians before him have documented that American religious life is characterized by many denominations and religions, along with a recurring quest for a common religion. Hence, competition for "civic space" in Washington has long been common among many religious groups.

Bains' study expands on these ideas to show how particular local factors and different denominational identities shaped the story.

"The history of D.C.'s economy, neighborhoods and race relations intersect with narratives of national and denominational identity in fascinating ways," said Bains, who has conducted extensive archival, architectural and ethnographic research in the capital city since 2006.

He has identified more than 30 houses of worship that have aspired to be "national" edifices to represent and serve not only Washingtonians, but the nation as a whole.

Of those, Washington National Cathedral holds unrivaled status as the nation's church, believes Bains, due to Episcopalians' persistent and careful efforts to offer their cathedral as not being merely their own, but the "spiritual home of the nation."

At the same time, institutions such as the National Presbyterian Church and the National Gurdwara, also located on prominent sites in the capital, underscore the religious diversity of America.  "They assert that Presbyterians and Sikhs are no less central than Episcopalians to American's religious life," says Bains.

In his book in progress, Religious Capital: Representing Religion in Washington, D.C., Bains examines how religious organizations have erected these national houses of worship to claim their space in the American religious system, and at the same time meet the particular spiritual needs of the capital city.

He has presented parts of his research to the American Academy of Religion (AAR), in a religion culture series hosted by the University of Alabama's department of religious studies, and to a dozen more audiences of church historians, archivists and other scholars. In November, he will address another AAR conference on the topic of Protestant use of Gothic revival architecture at places such as Washington National Cathedral.

His project has been supported in part by a Faculty Development Grant, which has enhanced his research and interviews at the cathedral and other sites.

The study traces the early days of the new capital when designer Peter L'Enfant planned for a "great church..for national purposes," belonging to no denomination. The 1791 plan also included sites throughout the city for use by various denominations. None of that came to be after L'Enfant was dismissed from the project, however.

And there began an enduring problem of how to represent what many Americans believed was the religious unity that undergirded their republic, and how to finance construction of individual denomination churches appropriate to the capital city, notes Bains.

Some 50 years later, growth of government, increasing prominence of denominations and sectional divisions gave traction to the first movement for national houses of worship. In the late 1800s, Protestants, who had long seen Catholicism as a threat to their faith as well as to American democracy, became especially concerned by the opening of the Catholic University of America in the nation's capital.

In response, said Bains, "The Methodists announced the creation of American University and the Episcopalians began planning a cathedral."

In 1907, the foundation was laid for the cathedral that would eventually soar with its 30-story tower from its perch on the city's highest point. It would not be completed until 1990. 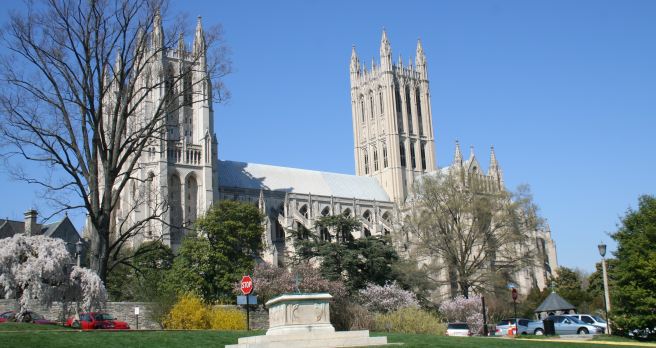 Through the years, the cathedral has used its role in the funerals of American leaders to bridge its American and religious identities, says Bains.

When former president Woodrow Wilson became the first person to be buried there in 1924, the cathedral was transformed into a national shrine that soon saw more than 250,000 visitors annually. Nobel peace laureates John R. Mott, a worldwide Christian student organizer for whom a top Samford student award is named, and Cordell Hull, a former U.S. Secretary of State and Cumberland School of Law graduate, are also interred there.

Although burials no longer take place at the cathedral, it frequently hosts memorial services or periods of repose for major funerals.

Aside from poring over historic city maps and archival material, and interviewing learned historians and clergy, Bains has questioned many visiting tourists about their feelings of memorialization, pilgrimage, denominationalism and religious identity.

One encounter at the cathedral took him by surprise. A visitor from England, Bains said, was amazed at how "new" the cathedral was.

"He assumed that something like it would have been started at the time of the Revolution, not over 100 years later," said Bains. "That said a lot to me about how 'obvious' something like it seemed from a British perspective, as well as how much a seemingly well educated tourist could misunderstand the realities of the development of Washington."

Bains, a Virginian who grew up about three hours from D.C., admittedly had a head start on the British visitor. As an 11-year-old, he went with his Methodist confirmation class on a field trip to Washington National Cathedral and other landmarks, including Metropolitan Memorial United Methodist Church---which had  pews marked off for the different states, the president and the Supreme Court.

"An awareness of the phenomenon of national churches has been in the back of my mind since then," said Bains, who holds a bachelor's degree from the University of Virginia and master's and Ph.D degrees from Harvard University.

As the newest national house of worship, the National Gurdwara shows the enduring importance of the strategy of claiming civic space for religious minorities. Worshippers there stress the importance of its place on Embassy Row, not only for Sikhs in the U.S., but around the world, says Bains.

Erecting American religion in Washington through these national houses of worship has not been easy, says Bains, but for those groups who seek to proclaim their status as American religions, or shape American identity, it continues to be an important strategy.

"Many Americans, however, are content to see Washington National Cathedral as the expression of faith in the capital," said Bains, noting that its size, historic associations and familiarity to the public have helped make it the preferred venue for religious services involving the nation as a broadly inclusive community.