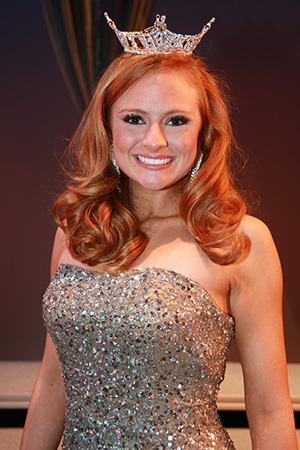 Anna Laura Bryan, a 2012 Samford graduate, is competing this week in the Miss America 2013 pageant in Las Vegas. Bryan was selected as Miss Alabama last June.

One newer aspect of the pageant is online voting to help select the finalists. Viewers can vote through Thursday, Jan. 10, for their favorite contestant. Bryan’s video is the first listed on the video contest site.

It was announced earlier this week that Bryan is a finalist for the pageant’s Quality of Life award, which is presented to the contestant who demonstrated the strongest community service. The winner will be announced during Saturday night’s pageant.

Bryan is the latest in a long series of Samford alumnae who have served as Miss Alabama. Deidre Downs Gunn, a 2002 Samford graduate, was Miss America 2005.