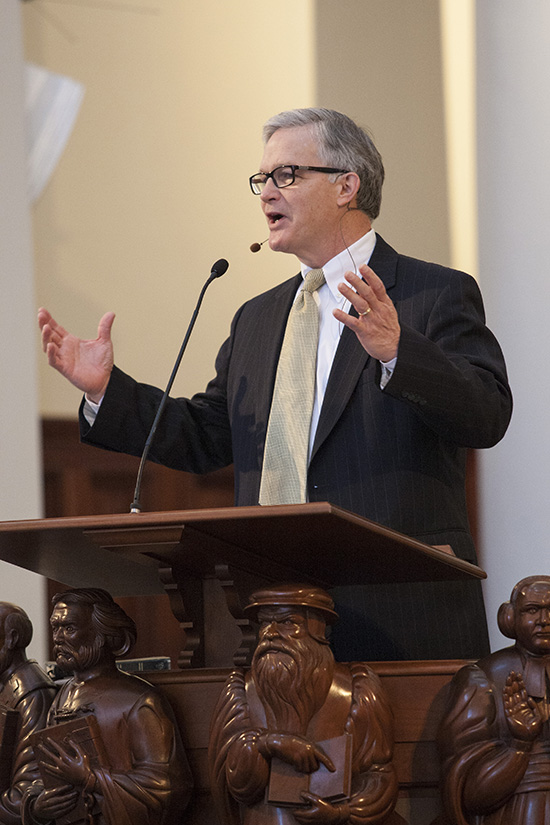 Birdsall will speak twice during the week: a community worship service at 11 a.m. April 8 in Hodges Chapel and a luncheon lecture at 12 p.m. April 9 in Divinity Hall. Advance reservations are required for the luncheon lecture.

Birdsall is honorary advisory board chairman for the Lausanne Congress on World Evangelization. He chaired the 2010 congress in Cape, South Africa, which was billed as "the largest ecumenical gathering in history" with 4,000 members from 198 nations. He also previously served as chairman of the American Bible Society.

A former missionary to Japan with his wife, Jeanie, Birdsall has a Ph.D. from the Oxford (England) Centre for World Mission.

Bruce Persons, a Beeson Divinity School student, will do a luncheon presentation on missions among the hearing impaired at 12 p.m. on April 11.

Another feature of the week is Missiography, a gallery of photographs taken by Samford students and employees that share stories of global Christianity. It will be on display during the April 7-11 in Divinity Hall, and on April 14 the collection will move to Harwell G. Davis Library for a month. A meet-and-greet with photographers is from 12-1 p.m. April 10 in the Global Center in Divinity Hall.