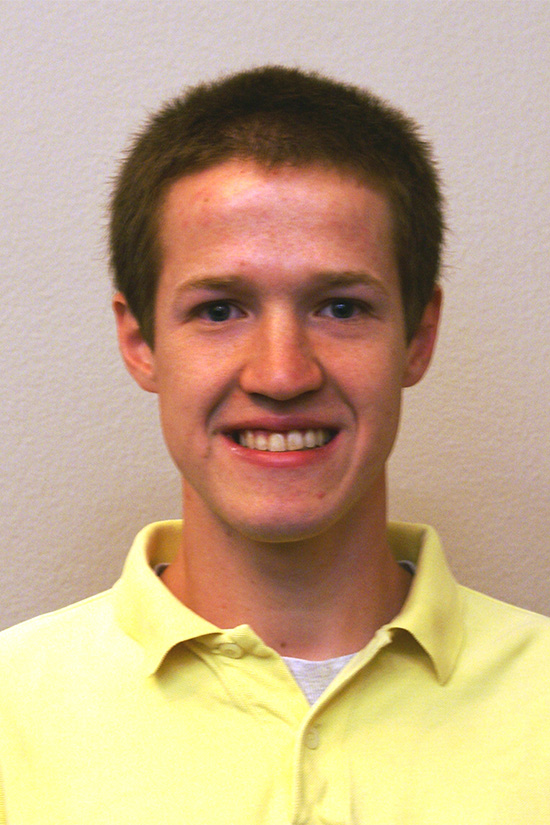 Bob Barnett, a senior computer science major from Vestavia Hills, Ala., is Samford University's 2014 Student Employee of the Year.

Barnett, who works in the reference department of the Samford library, was recognized at a special ceremony Thursday, April 17. He received a $200 cash award and other gifts presented by Samford president Andrew Westmoreland.

The honoree "does what he says he will do, often going above and beyond his regular tasks," agree his nominators, Samford reference department librarian Stephanie Rollins and interlibrary loan specialist Gail P. Barton, adding that he is a tremendous "team player" and strong leader who is professional and pleasant.

Barnett was cited for exhibiting a rare combination of dedication, caring, speed and accuracy that has enabled him to produce a very high volume of work while maintaining a heavy student course load and high standards for quality.

"He is a spectacular mentor with newly hired students, giving them tips about what to watch for or little things to do in order for tasks to go more smoothly," Rollins noted.  "Completing tasks in a matter that surpasses expectations regularly, he tackles repetitive or mundane task with gusto, believing that a job well done is the best reward."

Barnett, son of Sharon and Scott Barnett, is a graduate of Shades Mountain Christian School.  He will now compete for regional and possibly national honors in a program sponsored by the National Student Employment Association.

Westmoreland congratulated all of the nominees and thanked the staff members who nominated them.

He noted that he learned much from his own experience as a student worker at his undergraduate alma mater, a factor that may have led to his choice of college administration as a career. He encouraged the students to learn as much as possible while on the job.

"There is a familiar saying that 'a whole is the sum of its parts,'" Westmoreland said.  "One thing you should learn from your student work experience is how to be a good part. That way, the whole gets better."

More than 900 Samford student employees have served in a variety of ways during the 2013-14 academic year, according to Samford assistant director of payroll Janet Goodwin.

"These students work in many areas on campus and off-campus at non-profit agencies through the Federal Work Study/Community Work Service program," Goodwin said.