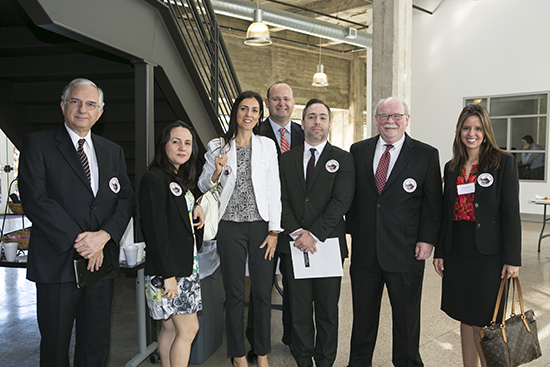 Samford University’s Cumberland School of Law will celebrate the 20th anniversary of its unique Master of Comparative Law (M.C.L.) program with events next week in Birmingham, Montgomery, Ala., and Washington, D.C.

Many M.C.L. students and alumni, including a large number of Brazilian judges, will attend the events September 22-26.

On Monday, Sept. 22, a seminar on counter terrorism law at Birmingham’s Innovation Depot will be co-hosted by Cumberland, the Birmingham Committee on Foreign Relations (BCFR) and the Birmingham International Center (BIC).

Cumberland professors H. Rusty Johnson and Cassandra Adams will lead the seminar, which will begin at 10 a.m.

The day’s program will also include a noon lunch and discussion of current events in Brazil and the U.S. led by Cumberland professor emeritus Charles “Bo” Cole and Cumberland director of international studies Mike Floyd. Floyd has directed the M.C.L. program since 2008, when Cole, its founder, retired.

The Monday event, according to its planners, is illustrative of a growing and continuous effort to recognize and nurture international relationships and awareness of globalization in a new economy. It also reflects the mission of BIC, BCFR and Samford to foster a better understanding of international policy, economic issues and the value of education and diversity.

On Wednesday, Sept. 24, Cumberland professor William G. Ross will lead a seminar on the U.S. Supreme Court Appointment Process at 10 a.m. in the Great Room of Memory Leake Robinson Hall at Samford.

A specialist in judicial ethics and American legal history, Ross is the author of many works on the appointment of U.S. Supreme Court justices and other federal judges. The program is sponsored by Cumberland’s office of international studies and Samford’s global engagement office and department of world languages and cultures.

Also next week, an M.C.L. contingent will travel to Washington, D.C., where they will attend a Samford Business Network reception. They will also visit the U.S. Supreme Court and meet with associate justice Sonya Sotomayor. The week’s events also include a trip to Montgomery for visits to the Alabama Supreme Court and the U.S. Court of Appeals for the Eleventh Circuit.

Cumberland has conferred M.C.L. degrees to more than 40 graduates since the program began in 1994. Most graduates of the program have been Brazilian judges, but they also represent the Dominican Republic, Nigeria, the Philippines, Sudan and Thailand. The M.C.L. program focuses on comparing the civil and common law systems.