An effort begun by Samford University's Cumberland School of Law in the late 1980s to help Brazilian judges, lawyers and academics learn about the U.S. legal system has grown into a program that engages jurists from several nations. 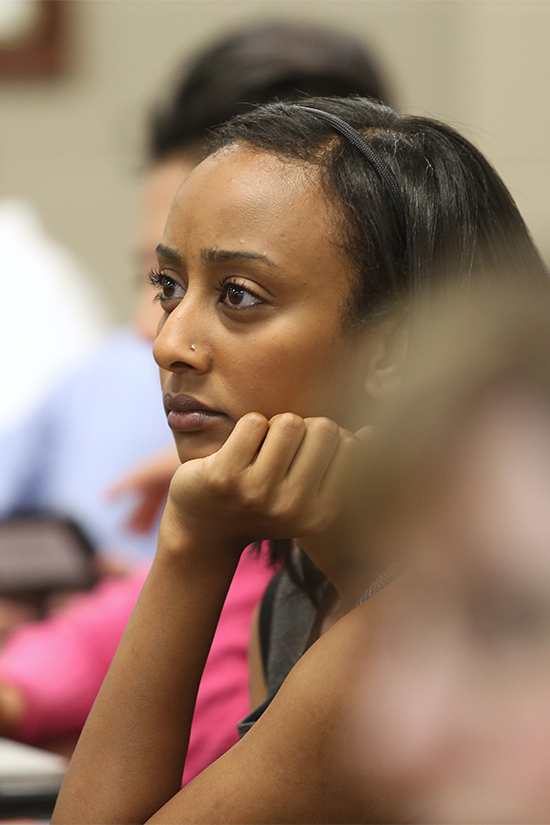 Since 1994, Cumberland's Master of Comparative Law (MCL) degree program has offered an avenue for international students to obtain an understanding of the U.S. legal system by comparing and contrasting it with their own. To date, the law school has conferred more than 40 MCL degrees to candidates from Brazil, the Dominican Republic, Nigeria, the Philippines, Sudan and Thailand. Most of the students and graduates are Brazilian judges.

The real power of the program, said Cumberland professor and director of international studies Michael D. Floyd, comes from the opportunity to compare a familiar home legal system to a different system.

"This provokes thought and builds understanding. No legal system does everything in the best way," said Floyd, noting that the students test their assumptions and home country practices against approaches used in other countries, with a particular emphasis on comparing the common law system (the basis for U.S. and British law) with the civil law system, which is followed in Brazil and continental Europe.

That the international students represent diverse backgrounds and cultures brings an added dimension to the Samford campus as they interact with U.S. students, many of whom may not be able to study abroad, Floyd adds.

The curriculum involves two years of summer classroom study. June of each year is spent in classes in Cumberland's Robinson Hall law building. In July, MCL students may join law students from Cumberland and other U.S. law schools in a Cumberland-sponsored study abroad program at Sidney Sussex College in Cambridge, England.

During the second summer, Floyd teaches an advanced seminar that reviews and builds upon concepts discussed the previous year, and moves the MCL students toward researching and writing a thesis, the other major requirement for a degree.

"It is an enormous privilege for me to talk about the history, the present and the future of legal systems in the world with these remarkably bright and accomplished judges and lawyers from Brazil and elsewhere," said Floyd, who has directed the program since 2008, when its founder, Cumberland professor Charles D. "Bo" Cole retired.

Cole initiated the concept more than 30 years ago when he lectured in Brazil and arranged informal visits to the U.S. by Brazilian judges.

The varied thesis topics hint at the diversity of cultures and legal interests represented by MCL students.

Sudanese lawyer Amira Ismaeel's topic dealt with application of Sharia'a Law in the U.S, and Thai lawyer Buntharika Suchodayon did a comparative study of the right to peaceful assembly in the U.S. and Thailand.

Graduates consistently applaud the program's content and the Cumberland professors who present it.

Adriana Freisleben de Zanetti, a federal judge in Brazil, noted that learning the American approach to law has enabled her to better identify the real issues and "go directly to the point instead of analyzing the whole law system before facing the case itself."

The approach dramatically improved her efficiency in caseload management, reports de Zanetti, who in two years lowered the number of cases in her court by 50 percent. Her reduced caseload garnered de Zanetti congratulations and recognition from her court's leadership.

Brazilian judge Thiago de Filippo, a May 2014 MCL graduate, attributes his winning a prestigious legal award to his application of U.S. legal analytical concepts that have not previously been familiar in Brazil.

What he learned about the notion of a "living Constitution" in the MCL program and in U.S. law books, said de Filippo, prepared him to comfortably render a "cutting-edge" decision in the sensitive matter of the adoption of a child by a same-sex couple.

His written decision was chosen by a group of distinguished law professors as the best in the State of São Paulo for 2013.

"The lessons taught, inside and outside the classroom, will be forever with me," de Filippo wrote in a thank you letter to Floyd.  "Having the MCL degree is not just one more diploma to hang on the wall.  It really makes a difference on a day-to-day basis."

Cumberland acknowledged the 20th anniversary of the MCL program by presenting a seminar on counterterrorism law soon after this summer's students arrived in late May. The presenters, law professor Herman N. Johnson and community mediation center and public interest program director Cassandra Adams, shared insights on the law responding to terrorism and current events at the Guantanamo Bay detention camp.

A major celebration of the anniversary will take place in September, when MCL alumni, students and friends from Brazil and other nations will attend a week of events in Birmingham, Montgomery, Ala., and Washington, D.C.