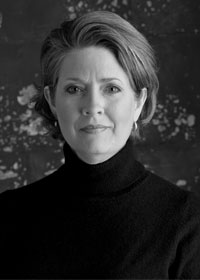 Susan Todd Doyle of Birmingham has been named director of parent programs at Samford University. She began her duties Aug. 22.

Doyle and her husband, Sean, have been active leaders in Samford’s Parents Association for the last two years. Their daughter, Bailey, is a Samford junior.

“Susan brings experience as both an administrator and a parent to her new role as director,” said R. Phil Kimrey, Samford’s vice president for student affairs and enrollment management. “Because of her leadership in the Samford Parents Association, she understands the important connection between the university and parents. And, she already has established relationships with many of our current parents that will serve the university well as she assumes this new position.”

As director, Doyle will oversee the work of the association and its connection with other Samford divisions. She will coordinate the Parents Leadership Council and give administrative leadership to such events as Family Weekend, Send Off Parties and parent activities during new student orientation.

Doyle, a 1980 Samford graduate, most recently has been a public relations and communication consultant and previously worked as a communications officer for Woman’s Missionary Union in Birmingham. She also has been a curriculum writer and editor for several faith-based organizations.

Doyle serves on the Beeson Divinity School advisory board and is a member of the Samford Legacy League. The Doyles are active members of Birmingham’s Cahaba Park Presbyterian Church.

"It is a privilege to join Samford University's staff as director of parent programs,” Doyle said. “The role combines two of my deep interests, building relationships with fellow Samford parents and working to support the university that years ago prepared my father, then me, and now my daughter so well for life. Samford parents are the finest to be found anywhere, and it will be a joy to serve them."