The season features a variety of well-known works, according to Don Sandley, department chair and professor of theatre. 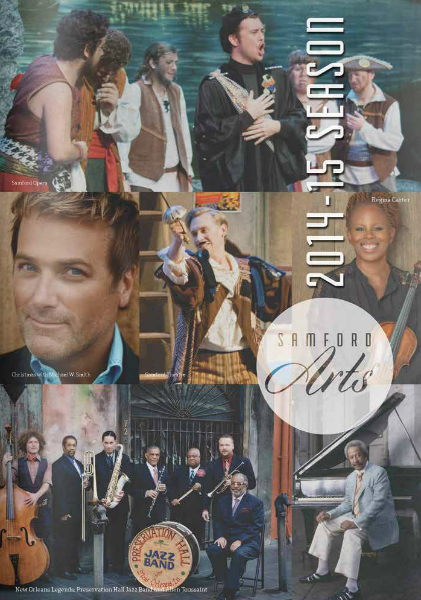 Individual performance tickets are $12 for adults and $6 for students. Season ticket packages are $50.

All performances are in Harrison Theatre, located in Swearingen Hall on the Samford campus.

The Wind in the Willows

This classic for all ages follows the anthropomorphic animals Mole, Rat, Badger, Toad and their friends on adventures from the River Bank, through the Wild Woods and into the Wide World, teaching and learning lessons in kindness, patience, morality and loyalty. Written by Kenneth Grahame and adapted for the stage by Alan Bennett with music by Jeremy Sams.

William Shakespeare’s shortest tragedy was likely written in honor of the new king of England, James I. Also known as James VI of Scotland, he was famously fascinated by the darker aspects of humanity, and Shakespeare’s masterpiece of power lust, magic and revenge perfectly fits the bill. What surprises audiences today are the tender moments of affection and regret that make this masterpiece a timeless classic.

Dance students will explore communication through a variety of dance and musical styles in this annual concert.

The Skin of our Teeth

Thornton Wilder won the 1943 Pulitzer Prize for Best Drama for this work. He forecasts such movements as Theatre of the Absurd and improvisational theatre with this brilliant tale of the 50,000-year marriage of George and Maggie Antrobus. The play is simultaneously hilarious and poignant as the Antrobus family survives every problem imaginable. Wilder uses satire and storytelling expertise to celebrate the American family.

This powerful stage adaptation of Charlotte Brontë’s Gothic novel brings to life the dark romance of Jane Eyre and Edward Fairfax Rochester with a lush and memorable score.  Whether you know the novel or you are new to the haunted moors of the Brontë sisters, this is a love story you may never forget. Pop song composer Paul Gordon provides the music and lyrics for the script of John Caird.

Cassady Weldon is a journalism and mass communication major and a news and feature writer in the Office of Marketing and Communication.