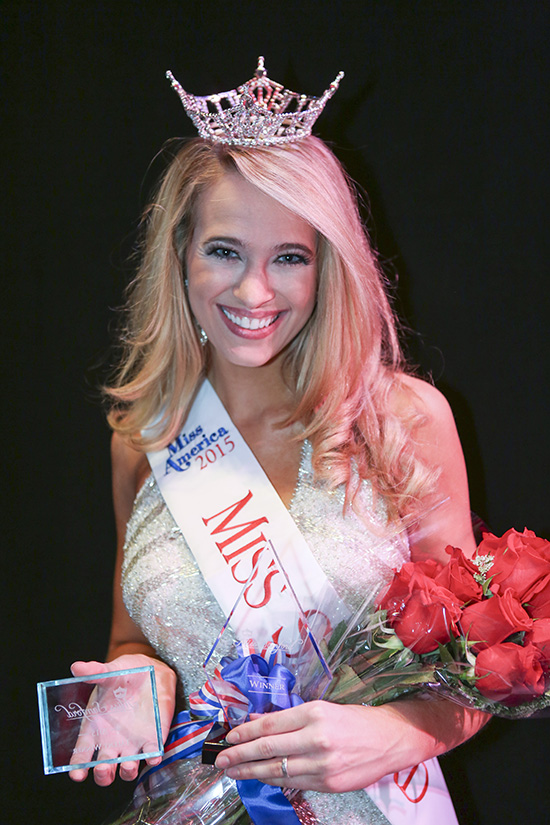 Smith will represent Samford in the Miss Alabama scholarship pageant in June.  Her pageant platform is Dance for Down Syndrome.

She also won the talent competition with her vocal performance of “Don’t Rain on My Parade” from the musical Funny Girl, and the lifestyle, fitness and swimsuit competition. She is the daughter of Darlene and Ernie Smith.

Finalists were Thomason Bryan, a freshman communication sciences and disorders major from Montgomery, Ala., first runner-up; and Marty Desforges, a junior communication sciences and disorders major from Hoover, Ala., second runner-up. Desforges also won the Spirit of Miss Samford award, voted on by contestants and pageant staff.