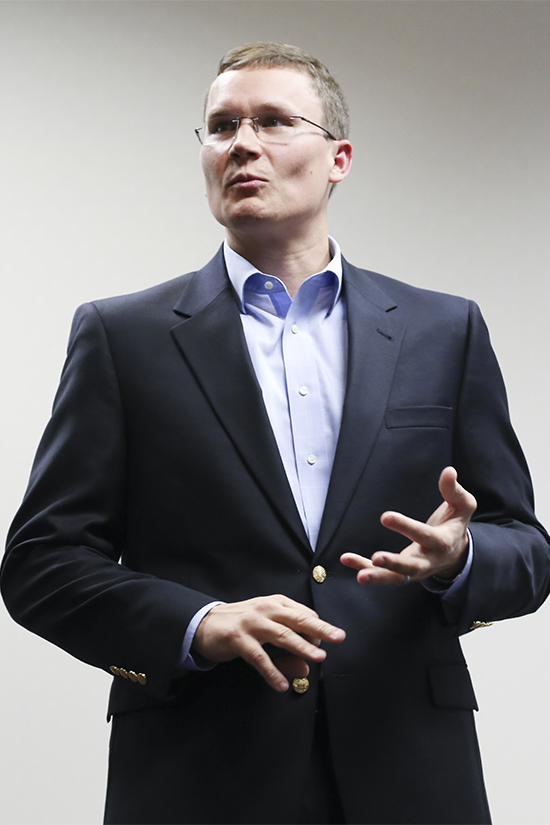 What a student learns in the classroom will be applicable in the business world, a NASCAR executive told students in Samford University’s Brock School of Business.

Verlander presented a case study on Danica Patrick, a driver for the SHR team, and discussed crisis management in a sport where accidents are inevitable.

Verlander, a 2003 Samford journalism and mass communication graduate, enjoys coming back to his alma mater and said he hopes that he is able to show students how he has applied what he learned at Samford.

“So much of what you focus and study for tests, you’re actually going to use. It’s applicable and transferable to a job,” said Verlander. “There are aspects of what everyone is doing on campus that will be applied at some point to your income."

Clifton Eason, assistant professor of marketing, said, “The Samford chapter of the American Marketing Association is pleased to have brought in a speaker from a nationally recognized brand. The topics covered today are issues that marketing professionals come into contact with on a regular basis, and this was a great opportunity for our students to see "real world" application of the concepts we introduce them to in the classroom.”

Cassady Weldon is a journalism and mass communication major and news and feature writer in the Office of Marketing and Communication.