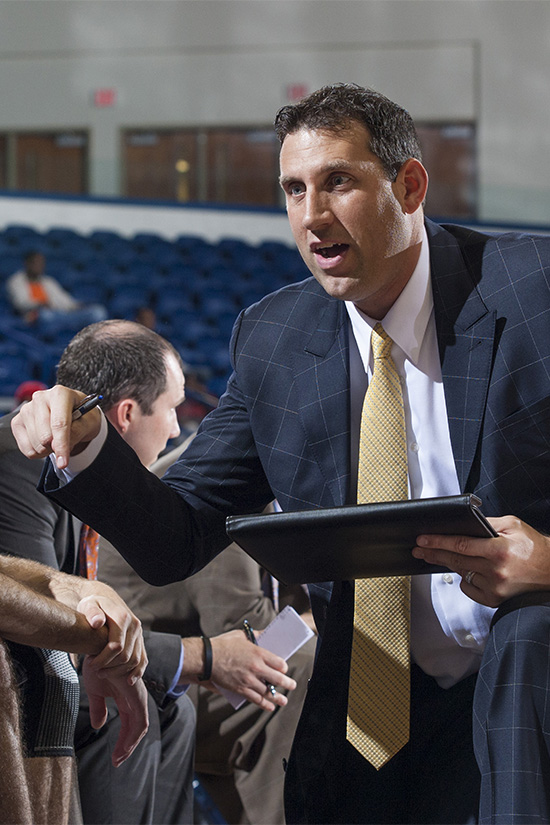 “I’m very excited to have the opportunity to be the head coach at Samford University and to coach these outstanding young men,” said Padgett. “This program is going to be all about our players; former, current and future. It’s going to be about promoting the mission of this great university and helping these young men in their academic, athletic and spiritual growth.”

Padgett, a Louisville, Ky., native was a first-round draft pick selected 28th overall by the Utah Jazz in 1999 and spent eight years in the NBA. The 6-foot-9 forward recorded 1,142 points in four years with the Jazz before spending the next two seasons with the Houston Rockets. He played the 2005-06 campaign with the New Jersey Nets. Padgett began the 2006-07 season with the Rockets before being traded to the Memphis Grizzlies, where he finished out his career.

During his time at Kentucky from 1995-99, Padgett played for legendary head coaches Rick Pitino and Tubby Smith. Padgett helped lead the Wildcats to the 1998 NCAA National Championship, where he was named to the NCAA All-Final Four team, as well as the NCAA All-East Regional team and All-Southeastern Conference during the regular season.

“We’re going to play an exciting brand of basketball here at Samford, similar to the style I played under Rick Pitino and Tubby Smith at the University of Kentucky,” Padgett said. “We are going to press, get up and down the court for 40 minutes and wear down the opposition. It’s going to be a playing style that recruits, current players and fans will love.”

In 1997, Padgett helped Kentucky to the NCAA championship game and was also named to the All-Final Four team. A true student-athlete, Padgett received All-SEC honors twice for his work on the hardwood, and he was also honored with Academic All-SEC honors in 1998 and 1999 for his success in the classroom. Padgett scored 1,252 points over his career, which ranks 32nd on Kentucky's all-time list.

“This is an opportunity for me to extend my family,” said Padgett. “I’m a huge believer in family.  Our players will be an extension of my family and a part of my life forever.”

“This community has been a blessing to me for the last two years,” Padgett said. “My family and I love it here and are entrenched in the Homewood community. We’ve made a lot of friends and look forward to continuing to build those relationships as the head coach at Samford University.”