Posted by William Nunnelley on 2014-08-27
Dr. Roy S. Brigance of Mountain Brook, Ala., who served as chair of the Samford University sociology department for more than two decades, died Aug. 25. He was 87. 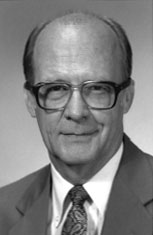 Dr. Brigance joined Samford as department chair in 1970 and served until his retirement in 1992.

After serving in the U. S. Navy during World War II, Brigance earned a bachelor of arts degree from Mississippi College in 1948. He went on to earn a master of religious education degree from Southern Baptist Theological Seminary and master’s and Ph.D. degrees in sociology from Mississippi State University.

Brigance was a founding member of the Alabama-Mississippi Sociological Association and served as its president in 1978. He was a member of Alpha Kappa Delta national sociology honor society.

Services for Brigance will be Thursday, Aug. 28, at 1:30 p.m. at St. Luke’s Episcopal Church, where he was a member. The family suggested donations to St. Luke’s ministries in lieu of flowers.
Samford is a leading Christian university offering undergraduate programs grounded in the liberal arts with an array of nationally recognized graduate and professional schools. Founded in 1841, Samford is the 87th-oldest institution of higher learning in the United States. The Wall Street Journal ranks Samford 1st nationally for student engagement and U.S. News & World Report ranks Samford 37th in the nation for best undergraduate teaching and 97th nationally for best value. Samford enrolls 5,758 students from 48 states and 22 countries in its 10 academic schools: arts, arts and sciences, business, divinity, education, health professions, law, nursing, pharmacy and public health. Samford fields 17 athletic teams that compete in the tradition-rich Southern Conference, and ranks 3rd nationally for its Graduation Success Rate among all NCAA Division I schools.
Director of Communication
Holly Gainer
Hgainer1@samford.edu
912-344-8443